Denys Harmash is a well-known Ukrainian professional football player. He is currently playing in the Ukrainian Premier League for Dynamo Kyiv. Denys turned professional in 2007 and has been with the same team since then. Harmash plays as a midfielder for his club and country.

Denys Harmash was born on April 19, 1990, in Zorykivka, Luhansk Oblast. He has not shared much about his parents and his early life. Information about his early life and parents is under the radar. Harmash stands six feet and one inch tall and weighs 85 kg.

Denys Harmash's Net Worth and Salary

Denys has an estimated net worth of more than $2 Million. He has been playing at the professional level for more than fifteen years. A football player has multiple income sources, including sponsorship and advertising deals. Harmash is very private about his earnings and economic career. 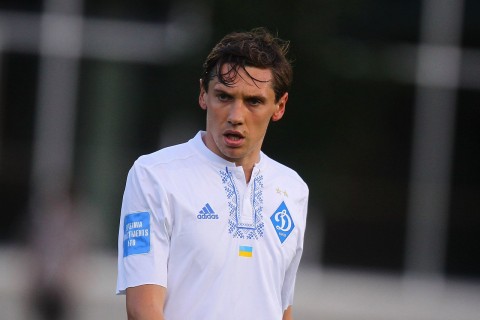 Who is Denys Harmash Married Too? Know About His Wife and Children

Harmash is very private about his relationship status. Following the information available, we can be sure that Denys is married to his longtime girlfriend, Snizhana Harmash. The love birds have been married for more than six years. They had a private and beautiful wedding ceremony. 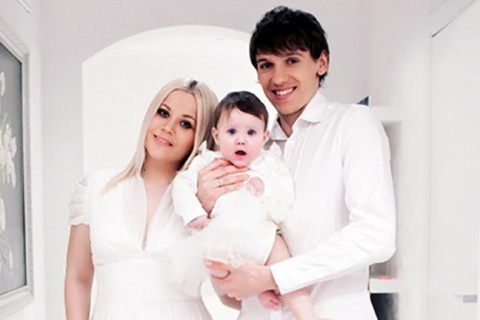 Denys along with his wife and their son SOURCE: [email protected] Dynamo

Denys and Snizhana welcomed their first child, a son, in 2015. The couple is living a happy married life along with their children. Not much about their son is available in the media. Denys spends his free time with his children. Harmash does not show much presence on social media.

Fifteen Years of Career in Football and Stats

Denys started training with LVUFK's youth academy in 2003. He trained with the team until 2005 and then moved to Olimpik Donetsk. The player moved to the other two clubs before making his professional debut in 2007 with Dynamo Kyiv in Ukrainian Premier League. Harmash represented Dynamo 3 and Dynamo 2 until 2009 and has been a regular member of the senior team since 2010.

Denys was part of the team that won the 2011 Ukrainian Super Cup. In 2009, Dynamo Kyiv won the UEFA European Under-19 Championship. In 2020, Harmash was loaned to Caykur Rizespor in the Turkish Premier League for the season. The player appeared in fourteen games and scored three goals. Until early 2022, Denys has appeared in 213 games for the club, which is among the club's record appearances.

Harmash made his international debut in 2007 with the Ukraine U17 team. He was shortly called for the U18 team and appeared in seventeen games until 2009. In 2011, Denys made his senior team debut. The player has scored two goals for the national team while appearing in thirty-one games.