Norbert Gombos is a tennis player who achieved a career-high ATP singles ranking of World No. 80 on  October 2, 2017. Norbert primarily played the ATP Challenger Tour for the Slovakia Davis Cup team. Additionally, Gambos currently ranked as the No. 2 Slovak tennis player in singles. Further, Gombos turned professional in 2009.

The professional tennis player Gombos has been active in the tennis world for many years. Norbert started playing tennis at the young age of 8 with his father. The right-handed tennis player. So, in 2020 Gombos he posted the best Grand Slam and ATP Masters 1000 results. Likewise, in the 2022 grand slam qualifying matches, he advanced to the main draw at the Australian Open.

Gombos was born on  August 13, 1990, and his birthplace is Galanta, Czechoslovakia, where the tennis player spent most of his younghood. Norbert's star sign is Leo. The parents are Robert Gombos and Maria Gombos. Similarly, Gombos also has a brother named Adrian Gombos. 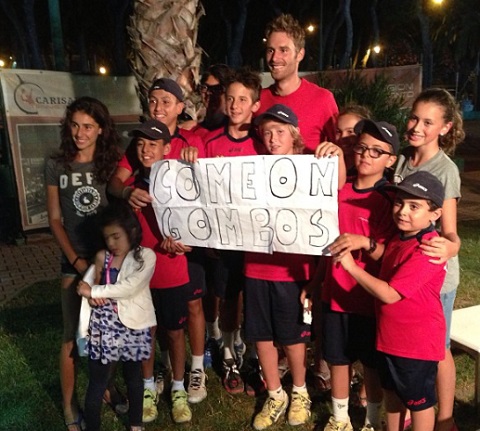 Norbert's family background is yet to know, and the tennis player still needs to share his early life information with us. Therefore, the details regarding his schooling career remain a mystery. Although he is a family man, the player has barred his personal information from public reach.

Gombos comes from an athletic family as his father, Robert, trained and introduced him to tennis. Norbert started playing tennis with his father at eight. Since a young age, Gombos's tennis idol has been Juan Martin del Potro. Interestingly, Juan is only two years older than him.

Who is Gombos Currently Dating- Is He Married?

Tennis fans are captivated to know about Gombos's romantic life. And they wonder if the tennis player is single, dating, or married. Gombos is not single, and he is currently dating Kristina Polachova. The lovers often spend their vacation together and update their fans on social media handles. 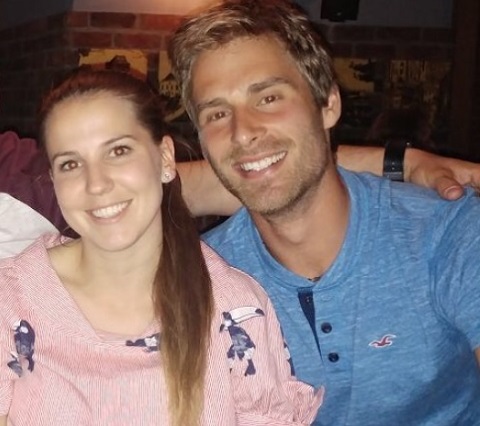 Gombos and Kristina have been in a romantic relationship for a long time, but they haven't dropped any hints about their wedding and further plans. So, Norbert's fans must wait longer to see them in a wedding dress.

Norbert is open about his relationship and often shares multiple pictures with Kristina travelling and enjoying their free time. Similarly, the power couple has been together since 2014 and now. Many fans speculate the couple is married in private. As the exact information is not accessible about Norbert's romantic life, so this is an unclear topic for us.

Following Norbert's playing career, he is currently at the peak point of his professional career. And as of this writing, Gombos's prize money is $ 2,104,197. So, his estimated net worth is more than $1 Million. While glancing at his professional career, the tennis player is career-focused and spends most of his time in training and events.

Likewise, Norbert ATP tour prize money is above $5,00,000. While exploring his playing career, Gombos's Grand Slam prize money is estimated to be more than $1,000,000. Norbert surely has earned huge money from his professional career. Also, the tennis player enjoys a lavish lifestyle with all his earnings.

Besides his professional career, Norbert might also add valuable money from endorsements, deals, and sponsorships.

Physical Appearance- How Tall Is Gombos

Being a professional tennis player, many sports brands endorse Norbert. Likewise, Lotto supports him, and another tennis player, Camilo Ugo Carabelli's appeal is also from Lotto. Norberts often promotes the brands through an online posts. Additionally, his rackets are of the Wilson brand. But Norbert could be more expressive about his endorsement deals and paid promotions.

Gombos is a talented and hardworking player. As mentioned earlier, he stepped into the sports world at a young age. Apart from tennis, he also has an interest in football. Additionally, the player is a massive supporter of the football club Manchester United.