James Duckworth is an Australian professional tennis player. He has been playing professional tennis since 2010. In his Junior career, James won three titles and reached the semi-finals of the 2010 French Open. James is currently ranked at no.71 by World Tennis Association.

James Duckworth was born on January 21, 1992, in Sydney, Australia. He is among the three children born to David Duckworth and his wife, Karen Duckworth. His father is a surgeon, and his mother has stopped working. He has a brother named Nick and a sister named Kate. James graduated from the Sydney Church of England Grammar School and got a scholarship to the Australian Institute of Sport. Talking about his physical appearance, James stands six feet tall and weighs 82 kgs.

James Duckworth has an estimated net worth of more than $1.5 Million as of 2021. He accumulated most of his net worth through his tennis career as prize money from the games and tours. He also earns from several sources like sponsorships, contracts, and endorsement deals. His fellow Australian tennis player Thanasi Kokkinakis has a net worth of $1.4 Million. 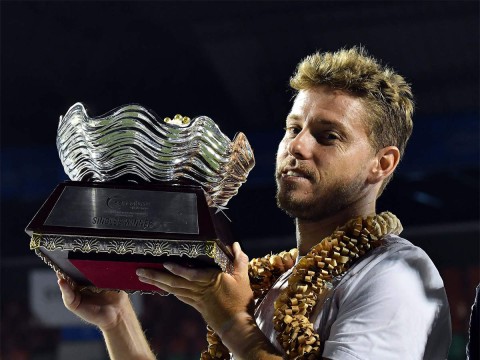 Last season in 2021, James earned $160,000 from his  ATP Tour semi-final in Pune, India. He is very much early in his career. He shall be making much more in the days to come. Totaling his earnings from his games to date, he has earned $1,829,710, which is the Prize Money from Singles & Doubles Combined.

James seems to be involved in a romantic relationship with his girlfriend as of 2020. He is living a happy life along with his family. The tennis player is very much active and keeps sharing photos of his games and his training. In 2019, He posted an image along with a girl whose identity is not disclosed. As per sources, He has been dating her. His girlfriend can be seen attending his games regularly.

James started playing junior tennis in 2005. He won his first Junior event in 2007. He reached as high as No. 7 in the combined world rankings in July 2010. Duckworth made his professional start with the  2012 Brisbane International and the 2012 Australian Open qualifying tournaments. The Australian player moved to Europe and played in several tours and events and where he won four titles and two runners-up in games held across Poland and Italy.

In 2014, Duckworth lost the final of the Cachantun Cup up against Thiemode Bakker. He competed in the Lexington Challenger, won Jordan Thompson in round 2, and eventually won his first Challenger title. At the end of the season, He reached a career-high ranking of No.127. The following season, He qualified for several International tournaments but could not make it to the finals.

In 2016, James suffered an elbow injury and had a foot injury in 2017. He returned to games in 2018 and lost to Alexander Zverev in the first round of Wimbledon. In early 2021, Duckworth has started his season with a win over Ugo Humbert in the 2021 Murray River Open.