Camilo Ugo Carabelli is an Argentine professional tennis player who turned professional in 2016. He has won 2 ATP Challenger and 4 Futures singles titles. The right-handed player has a career-high ATP singles ranking of 96, which he achieved on August 15, 2022. On March 21, 2022, he achieved a doubles ranking of 232.

Carabelli made his grand slam debut in 2022 while participating in the French Open. He also took third place in the 2022 Lima Challenger. In the same tournament in 2021, Carabelli was a runner-up. Likewise, Carabelli owns a 57-41 Challenger record, winning titles at 2021 Warsaw and 2022 Buenos Aires-2. He boasts a 120-66 ITF record, winning the most recent title at the 2020 Cordoba World Tennis Tour event.

Camilo Ugo Carabelli Net Worth and Career Earnings: His Sponsorship

As said earlier, Carabelli has been playing tennis professionally since 2016. The young player is doing well in his career and has won some championships too. Considering his career earnings, it is believed that, Carabelli has a net worth of around $100,000. 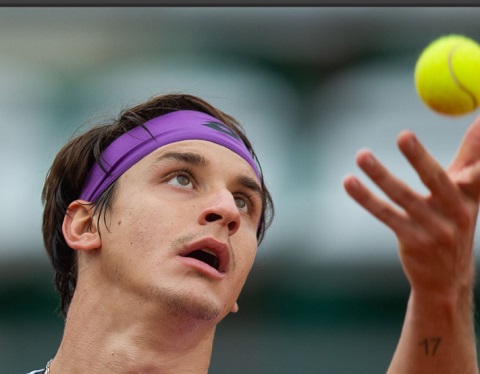 More to this, Carabelli has also worked with some brands. From brand endorsement, he may earn some profit. Looking at his images, we can say that, Carabelli's apparels are from Lotto Boys Clothing. We can see him wearing clothes from Lotto Boys.

Is Carabelli Dating Someone?

Carabelli appears to be a single man. There are no records of the tennis player dating anyone at the moment. So, he does not have a girlfriend or a partner. Till now, Carabelli has not been engaged in any rumors or controversy about his love affair. 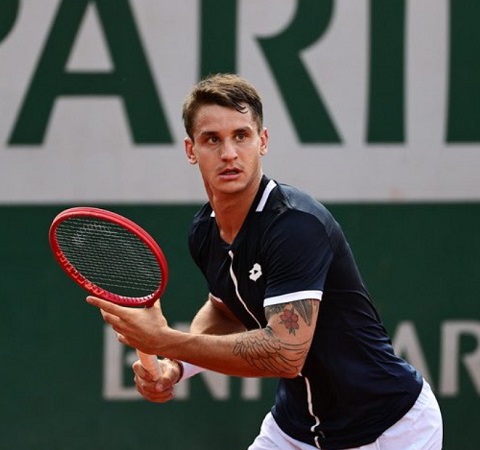 So, Carabelli is a private guy who maintains high privacy. Due to that, it is pretty challenging to know about his lifestyle. Another tennis player named Camila Osorio has also kept her personal life confidential.

Camilo Ugo Carabelli was born on June 17, 1999 as a native of Buenos Aires, Argentina. He can speak Spanish fluently. Carabelli is also learning Portuguese and English. Meanwhile, Carabelli's parents are Maria Marta Carabelli and Gustavo Ugo. 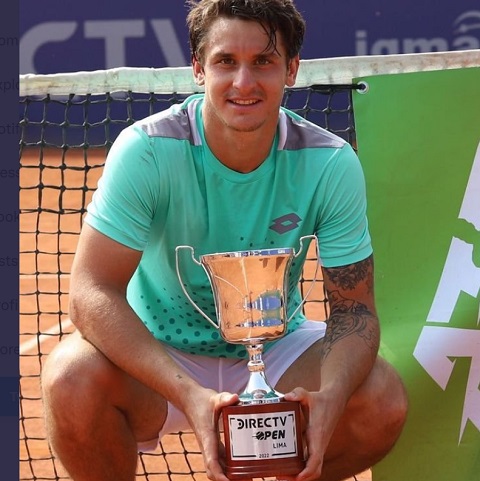 The tennis player's mother, Maria, works in Brazil for a company that manages summertime boat tours, while his father, Gustavo, works in logistics for a hospital. Also, he has an older brother named Jeremias, a former professional football player. Jeremias is a tennis coach and is also studying nutrition.