Nikoloz Basilashvili is a Georgian professional tennis player who reached a career-high ATP singles ranking of world No. 16 on May 27, 2019. Basilashvili turned professional in 2008. The Tbilisi native has played in grand slam tournaments such as French Open, Australian Open, and US Open.

Basilashvili won the German Open in 2018, defeating Leonardo Mayer in the final. His second ATP title came at the China Open when he beat No. 4 Juan Martin del Potro in the final. Likewise, Basilashvili made his grand slam debut in 2015. Also, he qualified for his first Australian Open but lost in the first round in straight sets to Roger Federer.

Nikoloz Basilashvili Net Worth and Career Earnings: Details on His Prize Money

Since 2008, Basilashvili has been playing professionally. Playing in many games, he has played in big tournaments that have helped him preserve a decent fortune. At the time of this writing, he has collected prize money of $8,384,954. From this, it can be said that he has a net worth of around $4 million. 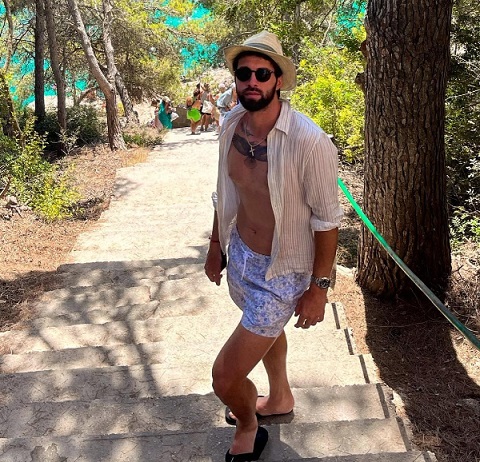 Last season, The Tennis player took home a sum of $1,061,681 as his prize money. In the 2021 season, he earned more than $1,652,742. Basilashvili has racked up a considerable amount in his bank account as part of many big tournaments.

Basilashvili lives a lavish life and flaunts his life via his Instagram handle. We can find the tennis player on Instagram under the username @nikolozbasilashvili. Being a professional tennis player, he also earns money from brand endorsement, and let's get to know more about his sponsorship deals.

Basilashvili has worked with many brands. From his Instagram account, he has promoted some brands. He is mainly working with Head Tennis. His racket is HEAD Speed Pro 2022, his bag is HEAD Tour Team Bag, and his shorts is EA7 Tennis Pro Shorts. 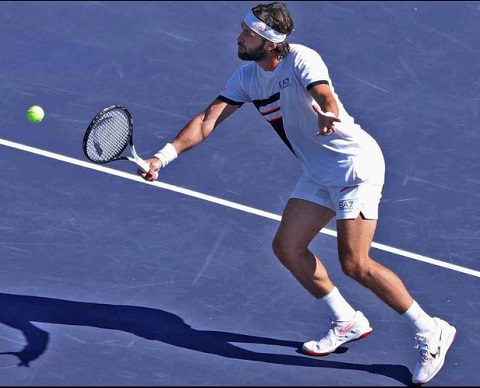 Apart from that, Basilashvili has also worked with other brands, including Emporio Armani and Astonish. He often promotes those sports brands on his Instagram account.

Does Basilashvili Have A Girlfriend?

According to some online reports, Basilashvili is  reported to be in a relationship with his girlfriend, Charlotte Helen. Not much is known about their relationship as both have not talked much in the press regarding their affairs.

Also, Basilashvili has a strong presence on Instagram but has not made a single post regarding his love matter. It can be said that Basilashvili lives a low-key life with his girlfriend.

Basilashvili's Controversy With His Ex-Wife

On May 21, 2020, Basilashvili was arrested for physically assaulting his ex-wife Neka Dorokashvili in front of their son. The tennis player elaborated later, alleging that he declared her a subordinate and treated her in a demeaning way. 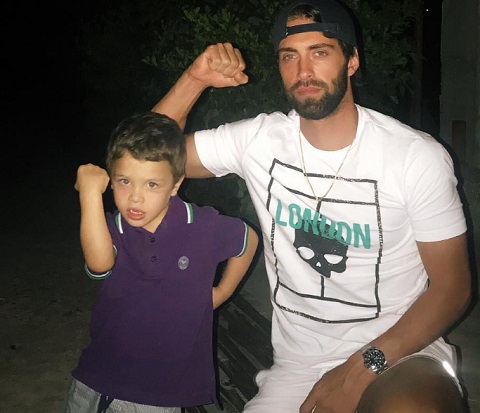 After Basilashvili's arrest, the Tblisi court released him on a bail of 100,000 Georgian Lari. Likewise, his legal team denied the charges, saying the accusations were false and unsubstantiated. So, later, it was cleared off, and Basilashvili was freed.

Basilashvili and Neka were married from 2013 to 2019. Their son named, Lukas, was born in 2015. The professional tennis player often shares images with his son on Instagram.

Nikoloz Basilashvili was born on February 23, 1992, in Tbilisi, Georgia. His parents are Nodar Basilashvili and Natalia Basilashvili. His father is a Sukhishvili Georgian National Ballet dancer, while his mother served as a physician.

Similarly, Basilashvili has a brother named Tengiz. Basilashvili was passionate about pursuing a career as a tennis player from an early age. So, just at the age of 5, he began playing tennis. He moved to Russia with his family, and during that time, Basilashvili was 15. 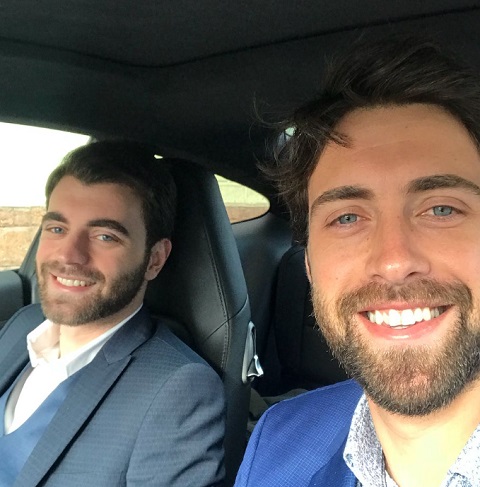 Nikoloz Basilashvili with his brother in a car.  SOURCE: Instagram @nikolozbasilashvili

Basilashvili qualified for his first Grand Slam tournament in 2015. He lost the game in the first round against Thanasi Kokkinakis. Later that year, he also played for Wimbledon. In 2016, Basilashvili played in the Australian Open and lost the first round in straight sets to Roger Federer. 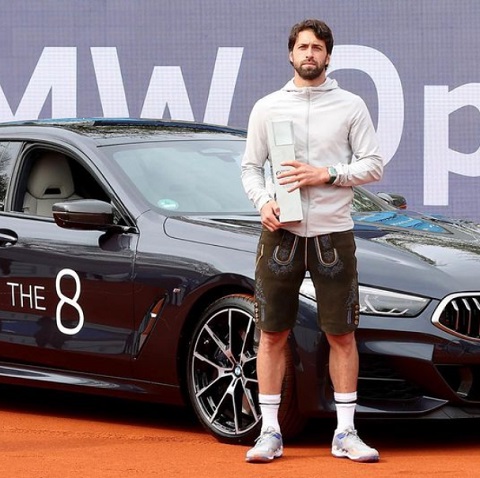 Basilashvili won his first ATP title in 2018, defeating Leonardo Mayer. Likewise, he has played in other tournaments like the Antalya Open, Great Ocean Road Open, the Miami Open, and many more. He did well in other ATP tournaments, such as Monte Carlo Masters, Madrid Open, and Shanghai Masters.