Niklas Stark is a professional football player from Germany who currently plays in the German top league, Bundesliga. He plays in the central defender position for Hertha BSC where he joined on loan in 2015. He also plays in the defensive midfielder position.

He wears the Number 5 Jersey for his team. He has also represented Germy in international tournaments. Also in 2014, he won the German Under 19 Championship with the team. In 2017, he was in the Under 21 team of Germany, which won the UEFA Europen U-21 Championship.

Individually, he won the Fritz Walter Medal in 2014 in the Under 19 category. Fritz Walter is given to the young player by the Germany Football Association.

Niklas Stark, famously known as Stark was born on April 14, 1995, in Neustadt an der Aisch, Germany. According to astrology, his birth sign is Aries.

He was born to his father and his mother whose names are still unknown to the public. But, he has shared their photos on his Instagram. He frequently shares his family's photos, especially, his mom on his Insta. 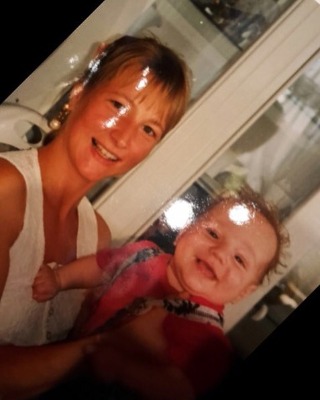 In 2016, he posted a photo of his childhood photo with his mom. It was on the occasion o Mother's Day.

As per him, his family was always supportive of his choice of playing football professionally. No wonder, they put their 3-year-old baby in a football academy.

Again, in 2004, he was recruited by FC Nurnberg. He was promoted to their senior team of the club. He spent 2 years with the club before moving to the Hertha BSC in 2015.

He has been playing with the club since then.

His weight is around 88 kg and has short brown hair.

What is the Net worth and Salary of Stark?

As per sources, the net worth of Niklas is estimated to be $4 million approximately. His net worth includes his properties, cars, houses, and assets. 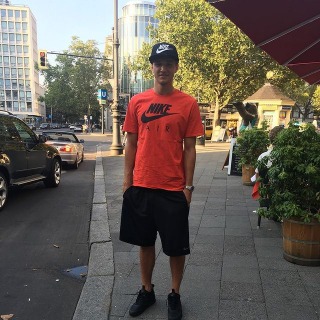 He has been playing professional football for more than 8 years which is the main source of his income.

He lives a moderate lifestyle on his own in Germany.

Salary and Contract with Hertha BSC

Niklas signed his professional contract with his current club, Hertha on August 24, 2015. And his contract will end on June 30, 2022. Hertha signed the player from FC Nuremberg for a fee of 3 million pounds.

He earns more than a million as a salary with his current club. As per Salary Sport, his yearly salary at his current club Hertha is £1,664,000 in 2022. So, he earns 32 thousand pounds per week. His salary in 2021 was relatively less which was just 1.04 million pounds.

Similarly, in 2020, he earned about 988 thousand pounds while earning more than 1 million in the previous 3 years.

His salary at Nurnberg was just 46 thousand pounds in 2015.

As per transfermarkt, his market value in 2022 is 10 million pounds. It is not the highest market value he has ever had.

His value was 20 million in October of 2018 which is the highest he has ever had. Since then it has been decreasing significantly.

Niklas has also a partnership with Nike, a famous sportswear manufacturer. 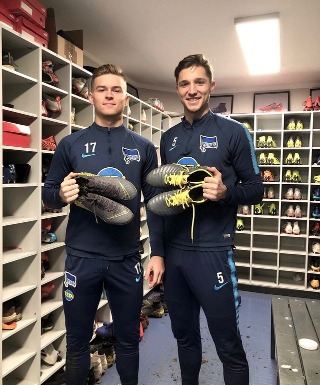 He can be seen sometimes promoting his partner through his Instagram. But the exact monetary transaction between the partner is still not revealed.

He is a close person who likes his love life behind the camera. He barely mentions any girl as his partner on his social media too. So, it seems he is currently single and not in a relationship with any girl in 2022.

And he is not engaged or married previously too.

Is he secretly dating anyone?

The player might be able to keep his relationship private from the media and public reach. But he has been constantly sharing photos with different girls on his Instagram.

Every girl looks common, but there is a couple of photos on his Instagram which seem fishy. He has been sharing photos occasionally with a girl named Katha Adda. He is much closer to Katha than other girls as per his social media posts. 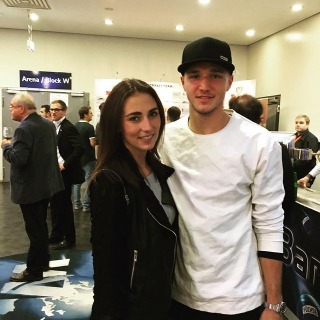 In 201, he posted the possible couple photos and captioned,

In another photo, she was even seen with the mom and dad of Stark. So, they are much closer than just friends.

Since he mentions her as a friend only. So, it is not sure whether they are in a relationship or not.

Niklas is an active social media who uses Instagram. He frequently gives updates on his training, games, and private life too. He sometimes shares about his family and friends on his social media.