Nijel Amos is a Botswanan middle-distance runner who sprints at 800 meters. Amos is known for the silver medal at the 2012 Summer Olympics, which is his first-ever Olympic medal. The Botswanan runner has won several gold medals in several series, including Commonwealth Games 2014, Universiade 2013, All-Africa Games, African Championships, and World Junior Championships 2012.

Amos represents Africa and has won the 2014 Marrakech gold medal. Amos is one of the renowned African runners who has collected some decent earnings.

Who is Nijel Amos? Physical Stats He has not mentioned his family life to the public yet, including information about his parents and siblings. Amos attended Nyamambisi Primary School in Marobela and completed his Secondary school from 2007 to 2009.

How much is Nijel Amos Networth?

Nijel Amos, an accomplished African athlete, has not revealed his actual salary. In addition, Amos's annual compensation is being reviewed. However, he spent much of his career as a runner for Africa. Amos has an estimated net worth of $1 million. Hicham El Guerrouj is a retired Moroccan middle-distance runner with a similar net worth. 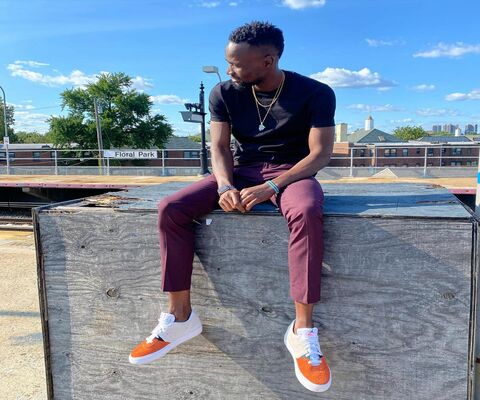 Olympic athlete Nijel Amos also makes a decent amount of money through ads and endorsement campaigns. He has not disclosed the exact amount he makes those deals despite earning from such sales. The information remains under review, but he also posts about the Nike endorsements on his Instagram, from where he makes earnings. The athlete is very early in his career and will be adding millions in the future.

There isn't much information available regarding the Botswanan previous and current relationships. Furthermore, it is unknown whether the celebrity athlete is married or has children. However, he has posted several pictures on his Instagram where he has mentioned two children who might be his daughters. 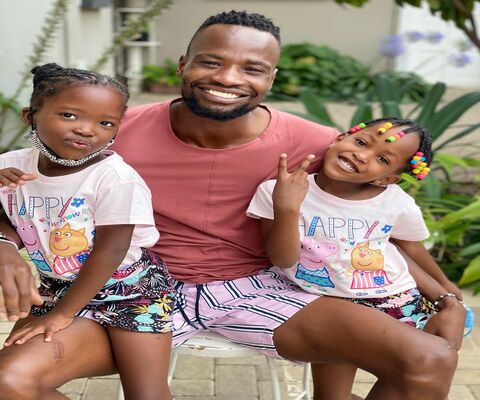 Nijel shares a photo with his children SOURCE: [email protected]_amos

It is uncertain if he is married, but the pictures on his Instagram lead him to be a married man with two beautiful daughters. He spends his vacation with his family and friends. As of 2022, he is a married man, and the family is seen living a luxurious life, as seen on his Instagram.