Alyssa Nakken is in the news after she was selected as an American professional baseball coach for the San Francisco Giants of Major League Baseball (MLB). She is famous as the first-ever female field coach in the history of MLB.

She recently made headlines after Cooperstown asked for her jersey to flaunt it in their Hall OF Fame collection as MLB's first female head coach. So, let's know her legacy in MLB, along with her salary, net worth, and personal life, here!

Alyssa Nakken's Net Worth and Salary

After Alyssa Nakken filled in as the Giants’ first-base coach during a summer camp exhibition, as an on-field coach for an MLB team, she wrote history and is now an MLB's super celebrity coach. Reportedly, he was hired in a 15 membered coaching team by the San Francisco Giants in 2020.

Though she started working in the operations department for Giants in 2014, she was promoted to the position of an on-field coach, only in 2020. Reportedly, as a head coach, she receives around $350 thousand in salary, and from her career with MBL, and her earlier experience with the University of San Francisco, as a chief information officer for its baseball team, she has amassed around $2 million in worth.

Woodland, California native Nakken was born to father Mr. Bob Nakken and mother Gaye Nakken and grew up alongside two brothers. She completed her High School at Woodland Highschool in batch 2008.

Growing up she represented softball, basketball, and volleyball teams. Later, she attended California State University, Sacramento, and played softball for the Sacramento State Hornets as a first baseman. 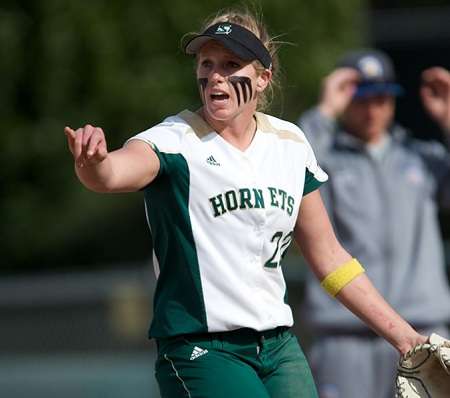 In her college softball career, she averaged .304 and was a member of an All-Pacific Coast Softball Conference every four years, from 2009 to 2012. She was also a three-time all-conference selection and the 2012 Scholar-Athlete of the Year award. Nakken graduated with a Bachelor of Psychology degree.

Nakken joined Giants as an intern in 2014 and later started as a fitness trainer. Then, in 2015, she received a Master's degree in Sports Administration from San Francisco University, where she also served as Chief Information Officer for the university's Baseball Club. After working for around five years, she finally received the honor to be included in the coach's pannel in 2020.

In January 2020, the Giants elevated her to the major league coaching staff as an assistant coach, making her the first full-time female coach in MLB history. Then on July 20, 2020, Nakken became the first woman to be a field assistant in a 6-2 winning exhibition game against Oakland A. Her uniform from the game was sent to the National Hall of Fame and Baseball Museum.

Though legendary coach Justine Siegal is officially known as the first MLB female coach, she is the first one to assist the team on the field. Nakken's field coaching marks a new beginning in men's sports and will bring new female viewership for the Giants.

Currently, 30 years old Alyssa Nakken has recently gained momentum in MLB, so we believe the paparazzi will now start following her, but up until this point, San Francisco Giants' coach isn't known to be dating anyone openly. We don't know if she is in a relationship or is already married but keep updated with Playerswiki, as we will update the information as soon as we find any lead on it.

Currently, 31 years old Giants' coach Alyssa Nakken is a 1.7 meters/5ft. 7 inches tall former softball player turned coach. As a fitness trainer, she has a fit-lean and athletic body and weighs around 135 lbs.