Hicham El Guerrouj is a retired Moroccan middle-distance runner 1500 m. He is the current world record holder of the outdoor 1500m, mile, and 2000 meters events. Also, he has a world record for the indoor competition in a mile, 1500 meters until 2019.  He is also considered the greatest middle-distance runner in history as well as one of the greatest athletes of all time.

Furthermore, he is the only man since Paavo Nurmi to earn a gold medal in both the 1500m and 5000m at the same Olympic Games.

Is Hicham El Guerrouj involved in a relationship or married?

The four-time World Champion and three-time Athlete of the Year was married on Saturday, 27 September to Miss Najoua Lahbil, an 18-year-old student at the University Al Akhwaine. The wedding was held in Rabat in the presence of numerous athletes and leading sports personalities. 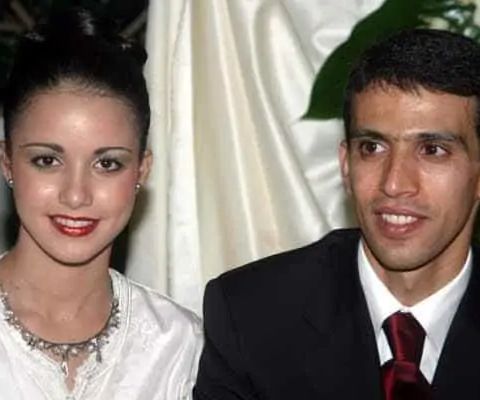 Among the guests were two-time World champion 400m hurdler, Nezha Bidouane, the silver medallist from the IAAF World Championships 1500m, France’s Mehdi Baala, and the Moroccan Minister of Communications and Government spokesperson, Mr. Nabil Benabdellah. They are having a happy life together and enjoying their married life.

Net worth and Salary of Hicham El Guerrouj

Former Moroccan player Hicham El Guerrouj's net worth is $10 million and he is one of the wealthiest athletes in Morocco. He has accumulated a tremendous amount of wealth from his days as an athlete and a runner.  His salary at the time he plays is  $ 4,00,000 per year, $ 32,000  per month, and $ 8,000.

Besides, all the income he is a well-known runner and one of the greatest runners in history.

The current World record holder in the 1500 meters, a mile, and outdoor 2000 meters was born on 14 September 1974 in Berkane, Morocco. He is also known as "King of the Mile" after his tremendous achievement in the running. After retirement, he fulfilled the role of UNICEF Goodwill Ambassador. Additionally, he was a member of the IOCAC (International Olympic Committee Athlete’s Commission) from 2004 to 2012. 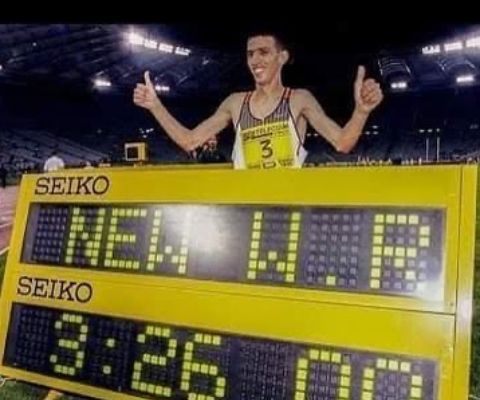 Talking about his physical appearance, he is 5 feet 9 inches tall and his weight is 58kg. According to the astrologists, his zodiac sign is Virgo and his family information is not public till now.

He has 12.3k followers and he has personally followed 216 people on Twitter with 831 Tweets.

Hicham El Guerrouj finished second in the World Junior Cross Country Championships. Then Hicham pursued Noureddine Morceli from Algeria. Morceli was the world’s top middle-distance runner, and Hicham looks up to him as a chief rival. During the 1,500m race at the 1995 outdoor Olympics, Hicham finished second to Morceli. Moreover, Hicham ran one of the most dramatic races in his career at the 1996 Olympics in Atlanta, Georgia. Finally, he caught Morceli and won the Grand Prix final in Milan, Italy.