Alex Oliveira is a Brazilian by nationality who is a professional mixed martial artist. He is currently competing in the Welterweight Division of the ultimate fighting championship (UFC).

He is ranked in a 14th position in the official UFC Welterweight ranking according to September 27, 2018.

In his early career, Alex Oliveira worked as a construction worker and bull rider before starting training in martial arts. At the age of 22, Alex Oliveria also trained in Muay Thai for two years before switching to mixed martial arts. In the year 2011, he made his professional debut competing in the welterweight division.  Later after celebrating unanimous decision victory over Jilton, Santos he signed with the UFC in early 2015.

His Mixed Martial Art Records are:

Alex Oliveira made his debut as a replacement of Josh Thompson to face against Gilbert Burns on March 21, 2015, at UFC Fight Night 62. He lost the match in the third round via submission despite winning first two round.

Alex Oliveria was again invited as a replacement of Yan Cabral to face K.J noons on May 30, 2015, for his second fight. Here Oliveria won the fight via submission in the third round. On November 7, 2015, he Oliveria faced Piotr Hallmann at UFC  Fight Night 77 and won the fight to win his first Performance of Night bonus award. 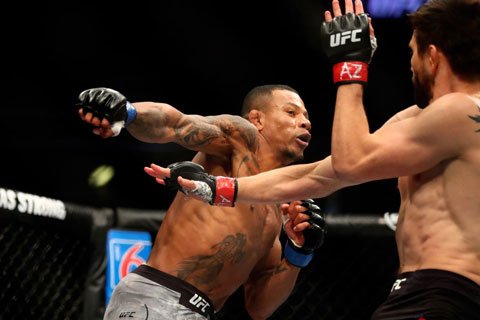 Oliveira faced Ryan LaFlare at UFC on Fox 25 on July 22, 2017, where he won the fight via knockout in the second round and eventually winning his second Performance of the Night bonus award. Oliveria lost with Yancy Medeiros on December 2, 2017, at UFC 218 in round third via TKO and still managed to earn his first fight of the night bonus award. 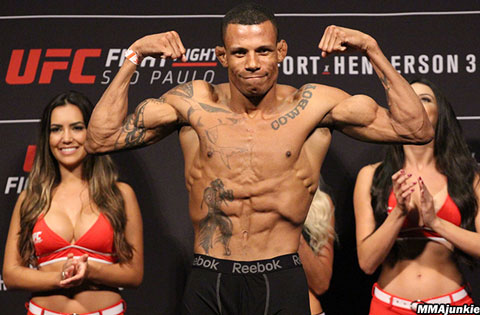 Later on April 14, 2018, Alex Oliveria defeated Carlos Condit at UFC on Fox 29 after replacing injured matt brown which made him earn the performance of the night award. Oliveira is scheduled to fight with Gunnar Nelson on December 8, 2018, at UFC 231.

Alex Oliveira was born on February 21, 1988, in Rio de Janeiro, Brazil. He is Brazilian by nationality and black by ethnicity. He has a height of 5 feet 11 inch and has a weight of 78kg respectively. He is known by the nickname (Brazilian) cowboy.

The detail about his family, siblings and marital status is unknown.

Alex Oliveira net worth and salary

Although, there is no concrete information about this net-worth and salary. The salary of Alex Oliveira is estimated to be $833,700  and also his estimated net worth is about $700,000 respectively.