Nicholas Latifi is a rising Candian racing driver. He is currently competing in Formula One for Williams Racing under the Canadian flag. Latifi finished runner-up in the 2019 Formula 2. Nicholas made his Formula One debut at the 2020 Austrian Grand Prix.

Nicholas Latifi was born Nicholas Daniel Latiifi on June 29, 1995, in Montreal, Quebec, Canada. He is among the four children born to Michael Mehrdad Latifi and his wife, Maria Helena Russo. His father is an Iranian-Canadian businessman and is the owner, Chairman and CEO of Sofina Foods Inc. Nicholas has three siblings, Soph, Michael and Matthew. Talking about his physical appearance, Latifi stands six feet and one inch tall and weighs 73 kg.

Nicholas Latifi's Journey to Formula One

Nicholas started his early days by karting. He trained along with his father and siblings in their backyard. The driver earned his reputation after finishing as the runner-up in the Rotax Junior class of the Canadian National Karting Championship. In 2012, Latifi started in the 2012 Italian Formula Three Championship with BVM. The following season, He raced in the 2013 Toyota Racing Series. 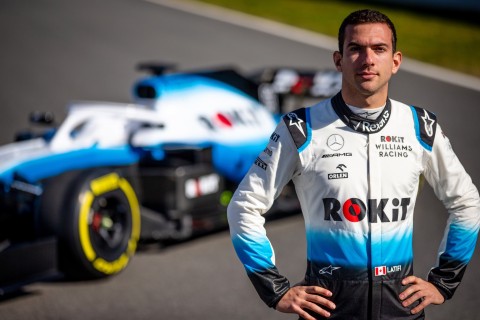 Nicholas currently drives in the Formula One with Williams SOURCE: [email protected] latifi.

In 2014, Nicholas joined Formula Renault 3.5 and raced in numerous events globally. The same year, He debuted at the GP2 series. He was part of the Formula 2 Championship until 2019. In 2016, Letifi signed with Renault as a test driver for Formula One. The driver struggled to make a spot in the team in his initial days. While preparing in Formula One,  Nicholas raced in Formula 2 and won several podium lists.

In 2019, Latifi participated in six FP1 sessions and then joined Williams as a race driver for the 2020 season. He had to wait after the Australian Grand Prix was canceled due to the COVID pandemic. Nicholas had a decent debut season in Formula One racing. Williams retained him for the 2021 season. Latifi raced in numerous events globally and racing alongside Alex Albon in 2022.

Who is Nicholas Latifi's Girlfriend and Relationship Status

Nicholas is very much private about his relationship status. Although He is an active social media user, Latifi has posted several photos of his girlfriend, Sandra Dziwiszek. The love birds have been together for some time and are yet to share their first meeting experience. Nicholas and Sandra are yet to get engaged or tie their wedding knot. Both of them keep sharing each other photos in their timeline regularly.

Salary, Contract and Net Worth

Nicholas receives an annual salary of $1.2 Million with Williams. He is very early in his career and will be making millions in the future.