Esteban Ocon was born Esteban Jose Jean-Pierre Ocon-Khelfane on September 17, 1996, in Evreux, France. He is the son of Sabrine Kheldane and her husband, Laurent Ocon. His father is a mechanic and owns a garage in Evreux. Ocon holds Algerian and Spanish descent. Ocon stands six feet and one inch tall and weighs 66 kg. Much about his education and academic qualification is under the radar.

Esteban Ocon has an estimated net worth of more than $5 Million. The French racing driver is among the highest-paid driver of his age. As per sources, Esteban signed a three-year contract with Alpine F1. He will be making a salary of $5 million (£3.65 million). Ocon is ranked at No.12 in the F1 Driver salary list. 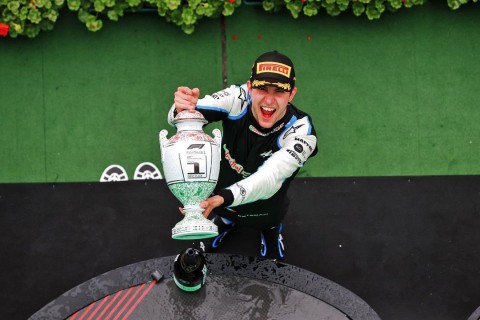 In early 2021 Esteban won the Hungarian Grand Prix. None of the parties has shared a word about the prize money from the events. Ocon must be making a huge sum from his sponsorship and advertising deals with numerous giant companies like  Castrol, Infiniti, RCi, MAPFRE, BP Ultimate, Dupont, Microsoft, Bell & Ross, and a few more. He is very much early in his career and will be making millions in the future. Lewis Hamilton is the highest-earning Formula One Driver with a salary of over $30 Million.

Who is Esteban Ocon Dating? Know About His Relationship Status and Girlfriend

Esteban is an active social media user and is very much open about his relationship status. Ocon is involved in a romantic relationship with his longtime girlfriend, Elena Berri. They have been together for more than three years. They were first spotted together in early 2018 but confirmed their relationship in September 2018. It is believed that Ocon and Elena first met in August 2017 in Valencia, Spain. Esteban spends a lot of his free time with his girlfriend. 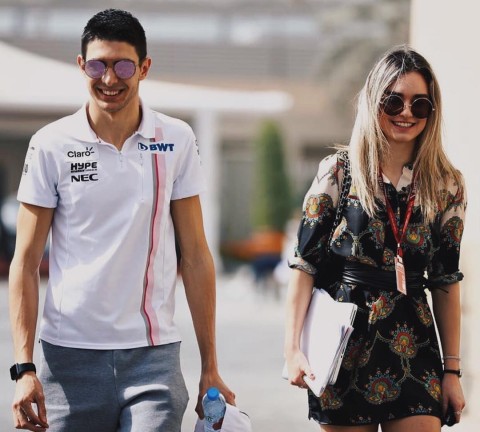 Elena is an Italian model and a social media Influencer. Both of them seem to be very much supportive of each other. They keep going to famous holiday destinations regularly.

Esteban started karting in 2006 and won the French Minime Championship in 2007. He spent his early days with Gravity Sports Management. In 2012, Ocon made his debut in the Eurocup Formula Renault 2.0. The following year, Ocon won the LeCastellet. In 2014, The French driver moved to Formula Three at the Macau Grand Prix.

In October 2014, Ocon earned his first Formula One experience at the Lotus E20. Esteban made his Formula One debut at the 2016 Belgian Grand Prix, finishing 16th. He signed with Force India and Mercedes on a multi-year contract. Esteban went through dramas with his company and was a Mercedes reserve driver for the 2019 season. In 2020, Renault signed him for a two-year contract and raced in numerous tracks globally.

In early 2021, Renault rebranded as Alpine F1 Team and then signed Fernando Alonso to race along with Ocon. Esteban won his first major event at the Hungarian Grand Prix after lewis pitted for dry-weather tires one lap later than the rest of the field.