Nathaniel Atkinson is a professional football player who plays as a right back for Scottish Premiership side Heart of Midlothian and the Australian football team. The footballer began his career after joining the youth setup at Riverside Olympic.

Besides, Atkinson is one of the prominent players on his team, and in the past, he has also played for some teams, including Melbourne City NPL. Atkinson has given his best in every game, and his performances have also been honored with some awards. In 2021, he won Joe Marston Medal.

Nathaniel Atkinson Is in a Relationship With His Girlfriend

Heart of Midlothian footballer Atkinson is currently dating his girlfriend, Bella. Going through their social media posts, it can be said that they have been together for over one year, but we are unable to mention when the pair began their romance.

It seems like they initially kept their love life private, and on November 2, 2021, the lovebirds revealed that they were dating each other by sharing some snaps on their Instagram accounts. Since making their relationship public, Atkinson and his girlfriend have often posted their moments on social media. 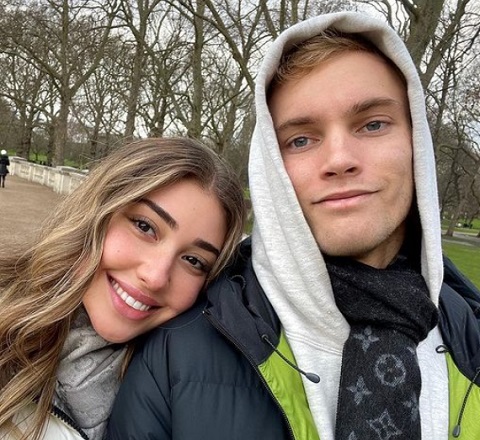 On February 14, 2022, Atkinson and Bella celebrated Valentine's day together. Not only that, but the pair recently went on a vacation to Bali, and we can see some of their moments on IG. In addition to that, Bella is a supportive partner who has appeared in Atkinson's games several times.

How Much Is Atkinson's Salary & Net Worth?

Being a professional footballer, Atkinson makes a fair sum of money, but the actual amount of his current salary remains unknown. A footballer in Australia takes home around $136,791. From this, it can be said that Atkinson is making above the average wage as he has been playing football professionally for many years now. 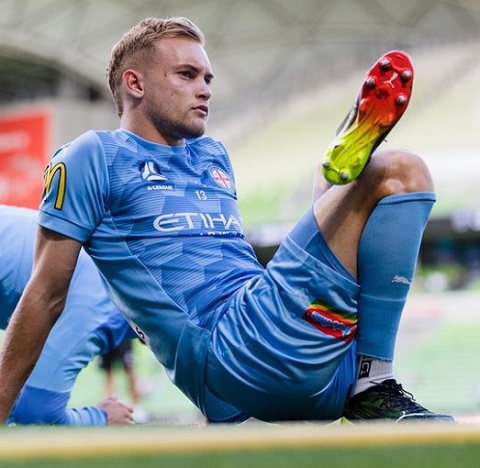 Nathaniel Atkinson in one of his games SOURCE: Instagram @nattyakka

Looking at the grab of Atkinson on Transfermrkt, it is increasing, and his current market value is €1.00m. In the same way, his income will surely increase in the future. Some web pages have reported that Atkinson is estimated to have a net worth of around $1 million.

With the Melbourne City NPL, Atkinson appeared in 32 games and scored eight goals. Later, he went to Melbourne City, and on August 1, 2017, Atkinson made his competitive debut for the first team in an FFA Cup game versus Peninsula Power. In the same way, Atkinson played in 75 games with the respective squad and scored four goals. And on December 24, 2021, he signed a deal with Scottish Premiership club Heart of Midlothian. Apart from that, Atkinson has also played for the Australian U20 and U23 teams. Also, he has already made his debut for the senior team.

Atkinson Stands at an Average Height - His Birth Details

Moving into his physical appearance, Nathaniel Atkinson peaks at an average height of 5 feet 11 inches (181 cm). He was born on June 13, 1999, in Launceston, Tasmania, Australia.

So, Atkinson holds an Australian nationality. Furthermore, Atkinson was interested in playing football from an early age. So, he joined Riverside Olympics.