Nate Sestina is a rising American professional basketball player. Nate started his professional career in 2020. He was undrafted in the 2020 NBA draft and signed his first professional contract with Kyiv-Basket of the Ukrainian Super League. Nate played college basketball for the Bucknell Bison and the Kentucky Wildcats.

Nate Sestina was born Nathan Michael Sestina on May 12, 1997, in St. Marys, Pennsylvania. He is among the five children born to Donald Sestina and his wife, Rachelle Sestina. His father is a former teacher, basketball coach, and athletic director for Cameron County High School. His mother is also a teacher and swam collegiately at the Indiana University of Pennsylvania. He has two elder brothers named Andrew and Jason, who have served in the United States Marine Corps. Sestina stands six feet and nine inches tall and weighs 106( 234 lb).

Nate played basketball from his High School days. He averaged 22.6 points and 14 rebounds per game and was named the North Tier Conference Player of the Year. At the end of his High School, Sestina had 1,703 points and 955 rebounds, a school record. After graduating from High School, He received almost a dozen offers from top universities, but he chose to stay with Bucknell. 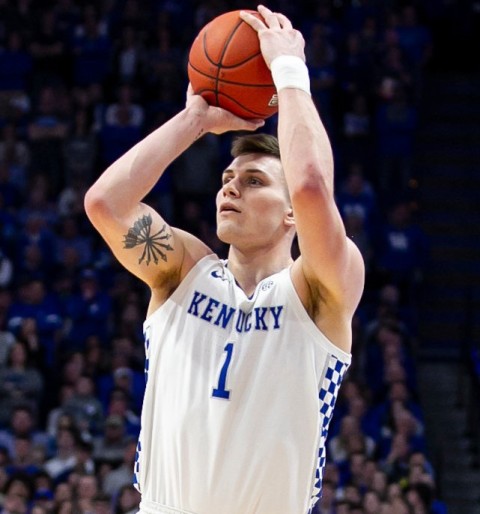 Sestina played his senior year at the University of Kentuck SOURCE: Kentucky Today

Sestina became the first Division I basketball player from PIAA District 9 since 1990 and the first division I athlete of any kind from Cameron County since the 1970s to play for the Bucknell University. In his freshman year, He only got to play four games and remained at the bench due to a season-ending shoulder injury.

Nate averaged 4.8 points and 3.7 rebounds per game over 31 games as a reserve player during his sophomore year in sophomore year. As a junior, Sestina averaged 6.5 points and 3.9 rebounds, and 14.9 minutes played per game. At the end of junior year, He was named into the Second team All-Patriots League. For his senior year, Sestina transferred to the University of Kentucky. He scored his 1,000th career point during a 13-point game against LSU on February 18, 2020.

After graduating from University, Nate signed his first professional contract with Kyiv-Basket of the Ukrainian Super League. He even signed to play for the VTB United League but did not play. The player listed his name for the 2020 NBA draft along with Austin Wiley and Lamar Stevens. However, Nate remained undrafted and then signed an Exhibit 10 contract with the Brooklyn Nets.

Nets waived him and then was added to the Nets NBA G League's roster, to everyone's surprise. In early 2021, Sestina joined the Israeli Basketball Premier League and signed with Hapoel Holon.

Who is Nate Sestina Dating? Know About His Girlfriend and Relationship Status

Nate is involved in a romantic relationship with Madison Lilley. The love birds have been dating each other for more than two years. They first met each other at the University of Kentucky. Madison plays volleyball for the University team. 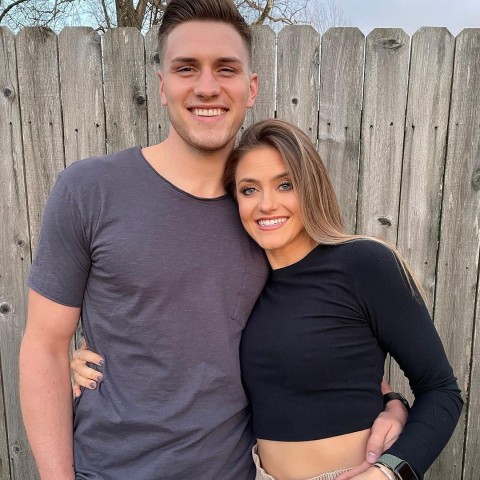 Nate shares a photo along with his girlfriend, Madison SOURCE: [email protected]

Both of them are active social media users and keep sharing each other's photos regularly.

Net Worth, Earnings, Contracts, and Salary

Sestina is very much early in his carer. Last season, Nate signed with Exhibit 10. The contract includes an optional bonus in the range of $5,000 to a maximum of $50,000 if the player does not make it in training camp but signs with the organization’s G League affiliate. Also, Brooklyn Nets signed him with a non-guaranteed $898,310 minimum summer contract in late 2020.