"The Train" aka Nate Landwehr is a Fighter in the lightweight division of the MMA tournaments. He is ranked #60 in the Current Best MMA Featherweight Fighter and ranked #5 in the Russia Pro Featherweight. His Pro MMA Record is 13-3-0 (win-loss-draw) after being defeated in the last match against Herbert Burns.

Nate Landwehr's Net Worth and Career Earnings in 2020

The 31-years-old Nate has a net worth of $100,000 which is similar to another MMA champ Jamahal Hill.  He started his career as a professional in the ring in 2012 and has devoted his life to MMA since.

His recent earnings in the UFC Fight Night 166-Blaydes vs Dos Santos amounts to $5000 cash prize to show and other bonuses. 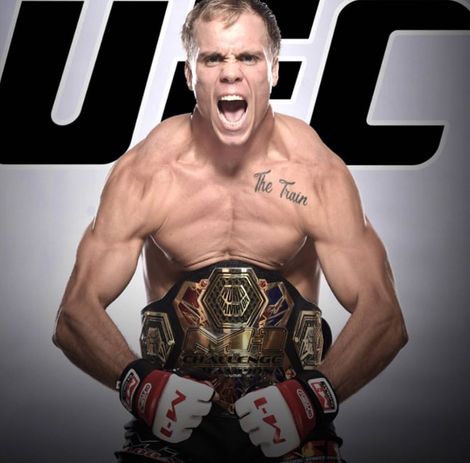 The Featherweight champ has fought against many opponents in the ring and earning himself thousands of money from the cash prize, Fight of the Night, Knockout bonuses and Submission of the Night bonus.

The Salary of the players is based on the performance and sale of tickets. Having entered the UFC, Nate will certainly have great chances to win and increase his net worth even more and gain worldwide recognition.

Happily Married to Robyn A. Landwehr

The featherweight champ is married to Robyn A. Landwehr.  The couple has a long dating history. They have been together for more than 10 years.

There doesn't seem to be any trouble in their relationship and the bond between the two is getting stronger day by day. However, the couple hasn't shared any information about having a child anytime soon. we do hope that they bring another champ in the world. 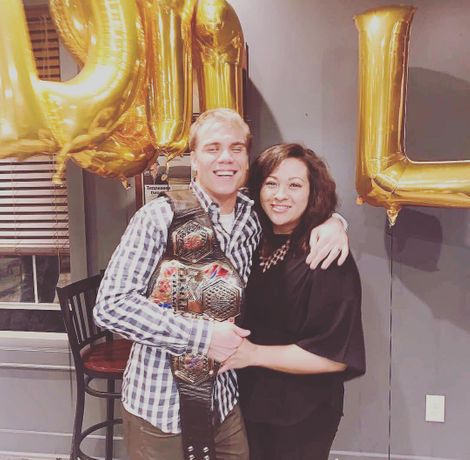 They are living a happy life together in the Tennesse along with her mother. They also own a Pitbull dog named "Bubba" with whom Robyn enjoys her cuddling.

Honored by the Clarksville Mayor

In August 2019, The Train aka Nate Landwehr was Honored by the Mayor of Clarksville with a proclamation making Thursday, August 29 "The Train Landwehr Day". 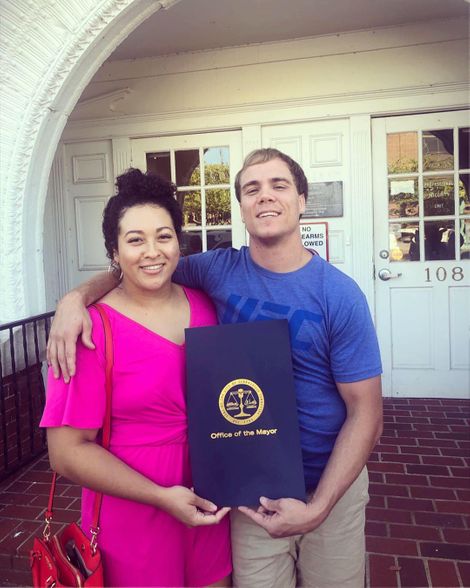 Being awarded by the Mayor of Clarksville SOURCE: [email protected]

Being awarded by Mayor Joe Pitts is an extraordinary achievement achieved by the 31-years-old. Through his journey to fight by traveling around the world, he is able to achieve such a fruitful reward.

His recent defeat was against Herbert Burns in the UFC Fight Night 166-Blaydes vs Dos Santos. This was his debut match in the UFC which was not in his favor

His Previous wins are against Viktor Kolesnik, Andrey Lezhnev, Khamazat Dalgiev and so on. The upcoming match for Nate Landwehr hasn't been decided yet.