Cristina Servin is the spouse of the well-known MMA fighter Tony Ferguson who fights in the Lightweight division of the Ultimate Fighting Championship. He is one of the prominent fighters in the UFC who has won the interim Lightweight Championship belt.

Servin was born on 15 August 1991 under the star sign Leo. She was born and raised in the USA, her background information prior to marrying Tony is still unclear and hasn't been revealed in any media by her. She studied at Cal State Fullerton, a leading campus of the California State University. She has also participated in the Mexicano Universal Jalisco, a pageant in Jalisco, Mexico.

The 29-years-old Servin enjoys her husband's net worth which is around $2 million according to the different sources. The MMA fighter has earned millions from his professional career and still continuing to become the best in the game. He is currently the #6 best MMA Lightweight Fighter and holds the #1 position in the Fan favorite MMA fighter.

His biggest paycheck was from his victory over Kevin Lee for the interim lightweight championship which made him $0.5 million richer. 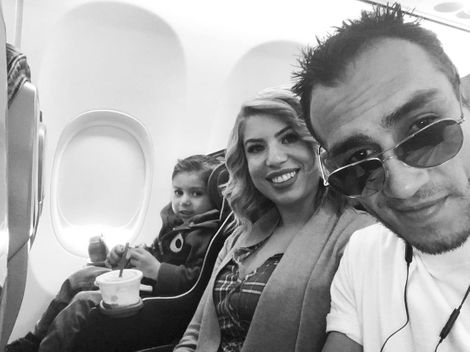 Cristina Servin traveling along with her family SOURCE: [email protected]

Besides his disclosed earnings from the UFC, the Lightweight division also receives endorsement deals and sponsorships from various companies that add a certain value to his net worth. He has sponsorship from RDX Sports and Monster.

With the earnings from his husband's professional career, Cristina along with her small family is living a life of Luxury and is enjoying life traveling around whenever they have time.

Cristina married to "EL CUCUY" of the MMA

Cristina is married to one of the prominent faces in the UFC Tony Ferguson nicknamed "El Cucuy". They were together for a long time before their marriage but the couple hasn't shared any information regarding the matter. They were engaged in the year 2011 and after a year, finally decided to tie the knot in June 2012. 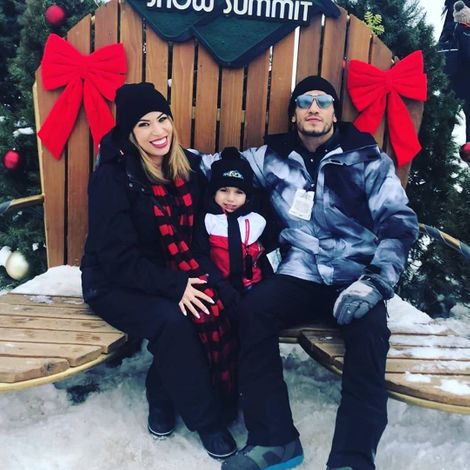 After four years into the marriage, they welcomed their first child Armand Anthony who was born on 28 April 2016. They have been together for seven years and are more than happy since their marriage.

Filled a Restraining Order against her Husband

Although, the couple seems to be enjoying their life to the fullest right now. There was some heat in the year 2019 between them. On 13 March 2019, Cristina filed a restraining order against Ferguson alleging uncharacteristic behavior.

During the time, Ferguson was suffering from severe paranoia, not sleeping for days, tearing apart their fireplace and believing that a tracking chip was inserted into his leg during reconstructive knee surgery.

On 15 March 2019, she issued a statement clarifying that Tony didn't physically abuse her but she was clearly concerned about his behavior.

“Tony Ferguson is a good husband and a good father to our son. The current legal proceedings are part of a process to ensure that Tony will receive the help necessary to continue being the best possible husband and father, as well as to pursue his passion and career as a UFC champion fighter.”

He was due back in court on April 2019. However, he is doing very well since the incident.

Who is Tony Ferguson?

Anthony Armand Ferguson Padilla is an American Professional Mixed Martial Artist who currently fights in the Ultimate Fighting Championship currently competing in the Lightweight division. He started his professional career in the year 2008.

The UFC fighter has an MMA record of 25-6-0 (win-loss-draw). He is associated with Team Death Clutch.