2019 WNBA Champion, Natasha Cloud, is a professional basketball player who plays for the Washington Mystics of the WNBA as their Guard. She was picked 15th overall in round two by the Washington Mystics. Besides, she also plays for the Australian professional league side Townsville Fire since 2016. Following a very successful high school career at Cardinal O'Hara High School, she finished her freshman year at the University of Maryland and was later transferred to Saint Joseph's University.

Broomall, Pennsylvania native Natasha Cloud, was born on 22nd February 1992, under the star sign Pisces. The six feet tall holds an American nationality who belongs to the mixed ethnic background.

The twenty-seven years old is an openly lesbian and currently engaged to her long-time girlfriend, a softball player Aleshia Ocasio.

Similarly, she will earn $117,000 in the 2020-21 season. Further, Elena Delle Donne, Emma Meesseman, and Kristi Toliver are among the top earners. 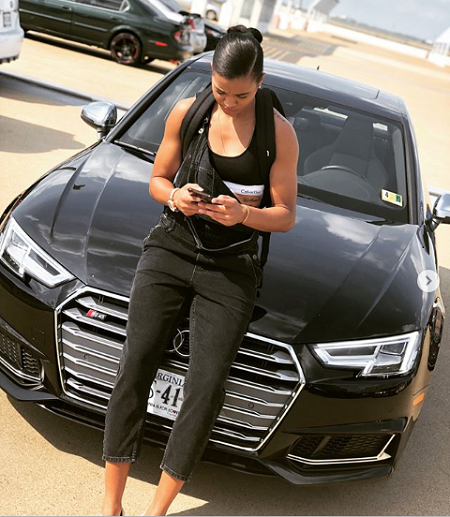 Being a public figure, she spends some of her income on her lifestyle. Further, she owns Audi and Mercedes Benz.

Engaged to Lesbian partner Aleshia Ocasio; How is their Love Life

Natasha Cloud is engaged to her girlfriend, Aleshia Ocasio. Her love is also into sports but is a professional softball player. Since 2018, she plays for the Chicago Bandits and the Puerto Rico National Team, as well as serves coach at Howard University. 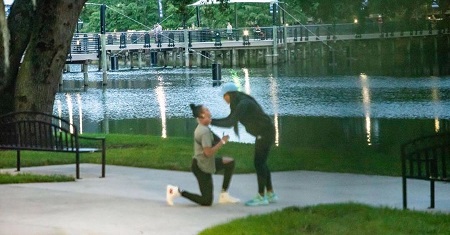 The duo made the news public on social media via their respective Instagram posts, where the cloud gets down on one knee to propose to Ocasio. Later, the pair deleted the post. 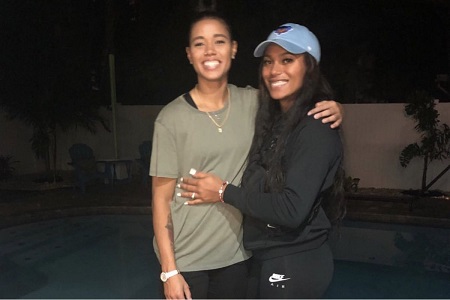 In an interview, Cloud stated that “From the very first time I met her, I could tell that she not only has a ... I feel like we're so grounded in each other, bring each other back to earth.

Cloud was born as the youngest of five siblings to white parents. Further, she is the first in her immediate family to attend college. Her brother and one sister live at home with her parents, while two other sisters reside in nearby Prospect Park.

In an interview, Cloud said, “My parents struggled when all of us were going back to school to provide us with the necessities. So if I can take a little bit off the parents’ shoulders, that means the world to me.”

In the 2015 WNBA draft, Cloud was picked with 15th overall in the second round by the Washington Mystics. During her debut season, she averaged 3.6 points per game, finishing the season with a total of 123.

On October 11, 2019, Cloud won her first WNBA championship. Besides, WNBA, she also plays side Women's National Basketball League side Townsville Fire. Before, she played in Istanbul, Turkey, for an organization called Besiktas CT Istanbul.