Naji Maurice Marshall, a.k.a Naji Marshall is an American college basketball player who represented the Xavier Musketeers of the Big East Conference. Forgoing his senior season, he declared for the 2020 NBA Draft after signing with a non-NCAA certified agent.

Atlantic City, New Jersey native, Naji Marshall, was born on 24th January 1998, under the star sign Aquarius. His name means "strong warrior" in Arabic and was a nickname of his father's. Furthermore, the twenty-two years holds an American nationality and belongs to the Afro-American ethnic background.

ESPN's NBA Draft board has Marshall at No. 71, and Sports Illustrated ranked him at No. 72. Furthermore, CBS sports ranked him 59th 2020 NBA Draft Prospect Rankings behind Reggie Perry, Abdoulaye N'doye, and Malik Fitts As reported by according to sportscaster, Jon Rothstein Marshall, the junior forward, is testing the waters and keeping his options open. 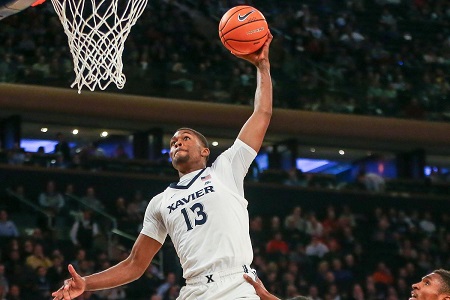 Naji Marshall is the 2020 NBA Draft Prospect SOURCE: Banners On The Parkway

This is not the first time; Marshall tested the draft waters a year ago before opting not to go pro. If he doesn't like the feedback he gets during this year's pre-draft process, he could return to college for one final season prior to becoming draft-eligible in 2021. However, in April, he officially forgoes his senior season at Xavier and keeps his name in the 2020 NBA Draft after signing with a non-NCAA certified agent.

Is Xavier Musketeers' No.13 Forward Married?

No, Naji Marshall is currently single. The hunk has shared less to no information regarding his love life. He might have previously dated someone or is currently but there is no information. It seems like, he prefers his private life low-key. 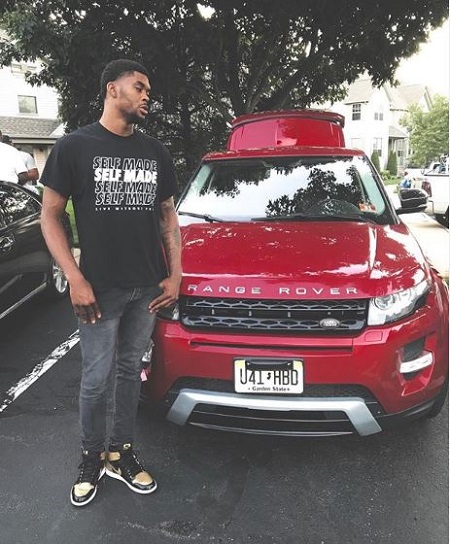 Besides, the basketball player is active on Instagram with 5.9k followers.

Marshall's father, Maurice Marshall is a former professional boxer who is now a basketball coach at an elementary school. His mother, Rayna Whitted, on the other hand, works at Providence Hospital in Washington, D.C.  Marshall was raised alongside his five brothers and one sister. He grew up playing football and basketball, though he grew to favor basketball.

He played his first season of high school basketball at Takoma Academy and upon entering the sophomore year, he was transferred to Eleanor Roosevelt High School. After senior year, he decided to attend the Hargrave Military Academy as a postgraduate student to improve his academics.