Naby Laye Keita is a Guinean professional football player who is signed to Liverpool as their central midfielder in the Premier League and is also a member of the Guinea national team. He wears the jersey no. 8. In 2013, his signing with FC Istres of Ligue 2 marked the beginning of his professional career. Keita made his senior international debut for Guinea in the same year.

Naby Keita was born on February 10, 1995, under the star sign of Aquarius. He stands 5 ft 8 in tall and has a weight of 64 kg. Since the beginning of his professional career in 2013, he has played for four clubs so far as a central midfielder. In 2014, he won the Australian Football Bundesliga and Austrian Cup double in both of his seasons.

Naby Keita Salary and Net Worth

Naby Keita has an estimated net worth of $21 million USD at the age of 24 years old. He earns money by playing football for professional clubs and the Guinea national team. In 2018, Keita signed a 5-year contract with the Liverpool F.C. for £31,200,000, including an annual average salary of £6,240,000.

Keita is an unmarried man. The 24 years old's dating status is not known. As per some online sources, he is single and very dedicated to football and his club. He is more focussed on improving his skills and career than on any other things.

Naby Keita was born on 5 Feb 1995 in Conakry, the capital city of Guinea. He was born to Sekou Keita and Miriam Camara. Keita kicked everything he got his feet on while he was very young. Keita is also known by the other name "Deco", given to him because of his likeness with the Portuguese and former Barcelona midfield Maestro.

In 2017, Keita was indicted for presenting two fake driver's licenses of his country in order to obtain a driving license in Germany. The German newspaper Bild reported this. The district court in Leipzig charged him with a fine of €415,000, based on his annual income of €3 million. However, on Keita's lawyer appeal, the fine was reduced to €250,000.

On August 28, 2017, the English club made a deal for Keita to join Liverpool. In 2018, he joined Liverpool and was handed the number 8 shirt by Steven Gerrard, a former player for Liverpool. On 12 August 2018, he made his debut and played a part in the opening goal for Mohamed Salah in a 4–0 win against West Ham United. 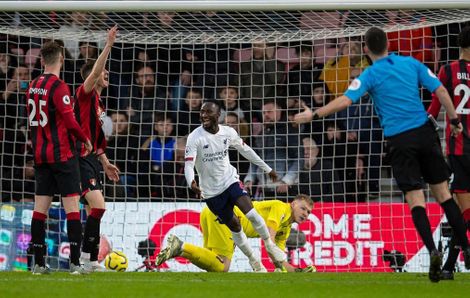 On December 7, he scored a goal against Bournemouth and assisted in a 3-0 win. That match marked his first league start of the season.

Keita, despite being injured, got the Champions League gold medal after his teammates secured a win over Tottenham in 2019. Most recently on January 2, he sustained a groin injury and was replaced by James Milner.