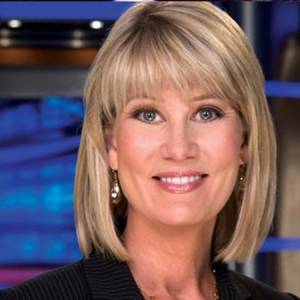 Five times Emmy Award winner Monica Gayle is currently working for Detroit's Fox affiliate WJBK as their news anchor of 5,6, and 10 pm news. She has also worked for CBS News, NBC and ABC Affiliates. Besides, she appeared as the anchor of Up to the Minute from April 1992 to 1993, and the CBS Morning News from August 1993 to May 1994.

Monica Gayle earns around $50,000, as her annual salary from the network. As of 2020, Monica reportedly has an estimated net worth of over $1.5 million. She is reported to be married and has a child with her husband.

Monica Gayle's Net worth and Salary In 2020

The American news anchor/reporter Monica Gayle has an estimated net worth of $ 1.5 million similar to that of Michelle Fields. As of 2020, the reporter receives an annual salary of $50,000 from the successful reporting career with the WJBK- affiliated to Detroit Fox.

WJBK Fox 2 's news producer salaries can range from $48,270 to $52,501. This estimate is based on one WJBK Fox 2 News workers ' salary reports or estimates based on statistical methods.

Monica is one of Detroit's most popular WJBK anchors in Fox, which has made a successful career as a news anchor.

As a popular news network, it is well known for paying its reporters a high salary. Since Gayle is a regular Detroit's Fox affiliate WJBK anchor, she earns a decent amount of salary from the network.

The official page of FOX 2 Detroit has mentioned that Monica Gayle is a married woman and a mother but the details are not mentioned about her spouse and children. As per a source, Monica is married to her college boyfriend, after having a long-time love affair. 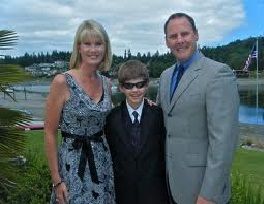 CAPTION: Monica Gayle with her husband and child SOURCE: whosdatedwho

Monica and her now-husband reconnected after briefly dating in college 15 years prior, and have been together for 24 years now. The couple has a son named Tanner Greve who is a college basketball player.

Merry Christmas & Happy Holidays to all. Loving having my Mom in town from Washington State. Nothing like getting back to cooking my favorite foods from childhood with the one who made every holiday special. Enjoy your time with family and friends!!

Other than being a famous news anchor she is quite popular on social media with a huge number of fan following.

Monica Gayle was born in Washington, United States. As per her nationality, she is American and belongs to the White ethnic group.

The details regarding her early education, birth date, parents and siblings are not disclosed. Gayle completed her graduation in Communications from Washington State University. Similarly, Jaymee Sire also a graduate of the same University where Monica studied.

Monica started her career with the CBS News in 1992 and anchored several programs including Up To The Minute and CBS Morning News. Besides, she also worked with the NBC and ABC's affiliate as their weekend anchor and weekend general assignment reporter. 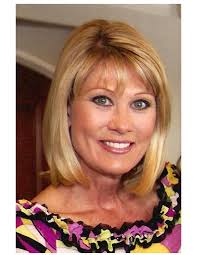 Currently, she is anchoring the 5 pm, 6 pm, and 10 pm news with Detroit's FOX affiliate WJBK since 1997. Besides, Monica, Taryn Asher is also working for the FOX News as their news anchor.