Michelle Fields is a famous political journalist currently working for The Huffington Post. She also worked as a reporter for Breitbart News and was also a Fox News contributor. After her graduation, Fields worked as a reporter at The Daily Caller and later became a correspondent for PJ Media. Furthermore, Fields is a former panelist on the Fox News program Cashin' In.

Michelle Fields, reportedly earns around $186,000, as her yearly salary from the network, and as of 2018, she reportedly has an estimated net worth of over $1.5 million dollars. She is married to Jamie Weinstein, senior editor of The Daily Caller and recently gave birth to a son.

Michelle Fields was born on January 10, 1988, in Los Angeles to Greg Fields and Xiomara Fields. She holds an American nationality. Further, her zodiac sign is Capricorn.

After her graduation from Pepperdine University, Fields gained national attention after having a confrontation with actor Matt Damon over teacher tenure reform. She has appeared on CNBC, Sky News, Fox News, Hannity, The O'Reilly Factor, Fox and Friends First, Your World with Neil Cavuto, America's Newsroom, Fox and Friends, America Live with Megyn Kelly, Stossel, and Red Eye w/Greg Gutfeld. Moreover, she was featured in Details magazine as one of "the next wave of political pundits."

In November 2011, Fields, when she was working as a Daily Caller reporter, said she and videographer Direna Cousins were struck by NYPD officers as police tried to clear Wall Street of protesters during her coverage of Occupy Wall Street. Later, she became a correspondent for PJ Media. 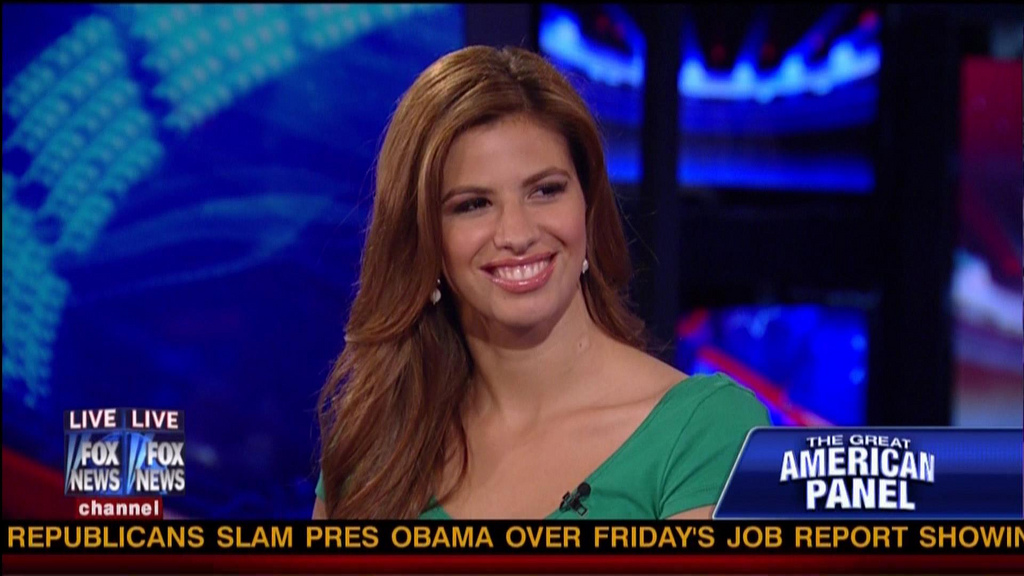 In 2012, Fields gave a TEDx talk on her career and the future of Internet journalism and also became a contributor at Fox News in September 2014. In May 2016, she became a reporter at The Huffington Post and went on to publish a book named Barons of the Beltway: Inside the Princely World of our Washington Elite, in June 2016. Fields is also a former panelist on the Fox News program Cashin' In.

Fields is married to Jamie Weinstein, senior editor of The Daily Caller. The couple got engaged in May 2016  and they exchanged their wedding vows on June 24, 2017. Recently, they welcomed their first son on 25th October 2018.

Our boy is here! He was born October 25th- the happiest day of my life! Jamie & I decided to name him after both of our incredible late fathers. Welcome to the world Harrison Gregory Weinstein! We love you so much!

The couple is leading a perfect and happy married life with a newly born son.  Fields often keep posting photos of her along with her husband and baby. This family is a perfect example of a happy single family.

Michelle Fields Net worth and Salary

Michelle Fields is one of the most popular The Huffington Post journalist, she earns a decent amount of salary from the network.

The American reporter Michelle Fields has an estimated net worth of $1.5 million dollars. As of 2018, the reporter receives an annual salary of $186,000 dollars from her successful reporting career with The Huffington Post.

Apart from being a successful reporter, she is pretty famous in social media. She has 24.2k Instagram followers and 71.1k Twitter followers.