Taryn Asher reportedly earns around $75,000, as her annual salary from the network. As of 2019, she reportedly has an estimated net worth of over $1 million. Taryn is currently married to her longtime boyfriend Jason Carr and has a daughter Gia Carr living with her.

Taryn Asher was born in the United States to parents Joe Asher and Antoinette Gallo. As per her nationality, she is an American and belongs to the White ethnic group. Asher spent her childhood with her sisters Amber Asher and Monique Asher.

During her childhood, she took dance classes as well and she was interested in journalism from her early age.

Taryn Asher Net worth and Salary

The American sportscaster/anchor Taryn Asher has an estimated net worth of $1 million similar to that of Cathy Areum. As of 2019, the reporter receives an annual salary of $75,000 from her successful reporting career with FOX 2 Detroit.

Taryn is one of the most popular FOX 2 anchors in Detroit that has made a successful career as an anchor of news. As she appears as an anchor and reporter in the important slot of Fox, she earns a decent wage from the network.

Asher can also be seen wearing the expensive dresses in the show and also on other events. She is living a comfortable life out of her career.

Taryn Asher interned at the HOM-TV and later worked with WLNS-TV as their weekend anchor and reporter. After her graduation, she co-anchored weekend news alongside her husband Jason Carr for WJRT-TV. 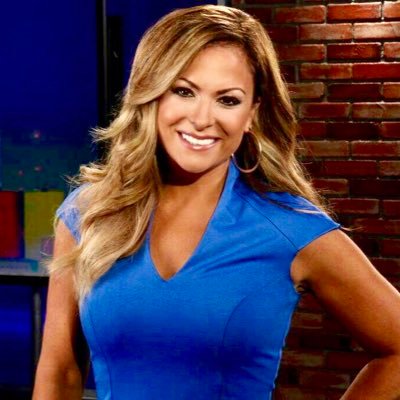 Currently, she is working for the FOX 2 Detroit as a news anchor and reporter since 2007. Besides, she also hosted the  Live in the D and produced digital content for ClickOnDetroit.com. Beised Taryn, Amy Andrews is also another popular FOX 2 News anchor.

Taryn Asher got married to her boyfriend Jason Carr in October 2007. They tied the knot after having an affair for a long time. They first met in 2000 and started dating from 2001.

The couple is blessed with a daughter Gia Carr born on 26 February 2011.  Taryn's husband/spouse is also a news anchor working for FOX2 Detroit.

From our family to yours, #HappyThanksgiving ??!! pic.twitter.com/KBgJvbsLUI

The couple owns a dog named Charlie Tickles and is living with them.