2016 NBA Championship Winner Mo Williams is a well-known American former professional basketball player who played 13 seasons in the National Basketball Association. After retiring from basketball as a player, Mo started working as an assistant coach for the Cal State Northridge Matadors. In early 2020, the Alabama State Hornets basketball team hired him as their head coach.

Mo Williams was born Maurice Williams on December 19, 1982, in Jackson, Mississippi. He is among the four children born to Isaiah Williams and his wife, Griceldia Williams. As per sources, His father worked in management at an electric power play before retiring, and his mother worked as a special-education teacher before retiring. After graduating from Murrah High School, Mo enrolled at the University of Alabama. Talking about his physical appearance, Williams stands six feet and one inch tall and weighs 90 kgs.

Mo has an estimated net worth of more than $50 Million. Willaims has earned much of his net worth through his career in the NBA and as a basketball head coach. Mo signed a year deal with Utah Jazz and earned $366,000 in the first year of his professional career. In 2004, The player joined Milwaukee Bucks for three years with a $5.2 million contract. In 2007, Bucks extended their contract for six-year for $52 Million. 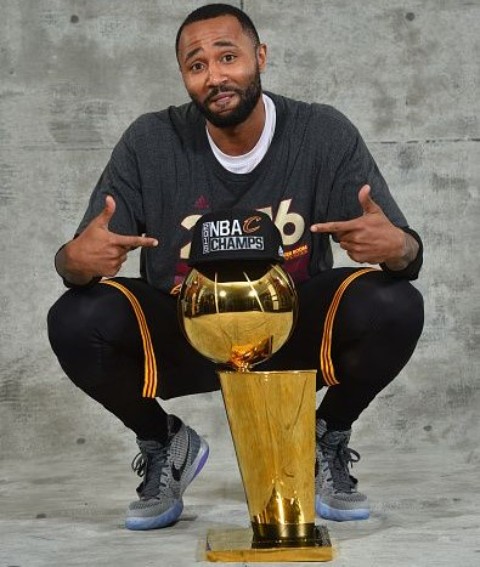 Mo is part of the 2016 NBA winning team SOURCE: ESPN

Williams had a base salary of $7.5 Million in his first year and increased $1 Million every year. In 2011, He sold his 3,917 sq ft home in Ohio for $1.3 Million. In 2014, Mo signed a one-year, $3.75 million contract with the Minnesota Timberwolves. In the following season, Williams signed a two-year, $4.3 million contract with the Cleveland Cavaliers and played with LeBron James.

Mo led his team as a freshman to a 27–8 record and also shared an SEC regular-season championship in his freshman year. Utah Jazz drafted him in the 2003 NBA draft. In 2009, He was selected in the NBA All-Star. Williams had won numerous awards before his professional career.

Mo played for more than nine NBA franchises like Milwaukee Bucks, Cleveland Cavaliers, Los Angeles Clippers, Charlotte Hornets, and a few more in his fifteen years of a professional career. At the end of the 2015 season, the Cavaliers signed him for three years deal. He won his first NBA title in 2016, along with Kevin Love and Kyrie Irving.

Mo announced his retirement from basketball at the end of the 2017 season. He started working as an assistant coach for the Cal State Northridge Matadors Men's basketball. In Mat 2020, Alabama State Hornets appointed him as their head coach.

Mo tied his wedding knot with his longtime girlfriend, Keisha Williams, in 2008. They had a private wedding ceremony. Shortly after the wedding, the duo welcomed their first son, Maurice Williams Jr. As per sources; the duo is the proud parents of five sons. Williams has become successful in keeping his personal life away from the media personals.