MJ Walker is a rising American college basketball player. He is currently playing for the Florida State Seminoles in the Atlantic Coast Conference. Walker is in his senior year and is expected to list his name for the upcoming 2021 NBA draft. The player was part of the Nike Hoop Summit in 2017.

Walker played numerous sports in his early days. He initially played football for his High School team but changed to basketball in the summer of 2016. Michael averaged 17.3 points, 4.5 rebounds, 3.0 assists, and 3.0 steals in his sophomore year. He led  Jonesboro to a 32–1 record and the 2015 Georgia Class 4A state championship.

James averaged 22.3 points in the junior year, 5.6 rebounds, and 3.6 assists leading Jonesboro to a 28–5 record, regional title, and 2015 state title. In his senior year, He averaged 27.8 points, 6.5 rebounds, and 2.4 assists. After graduating from High School, Walker shortlisted from Florida State, Georgia Tech, Ohio State, UCLA, and Virginia Tech to play for Florida State. James played in the Nike Hoop Summit in his senior year. 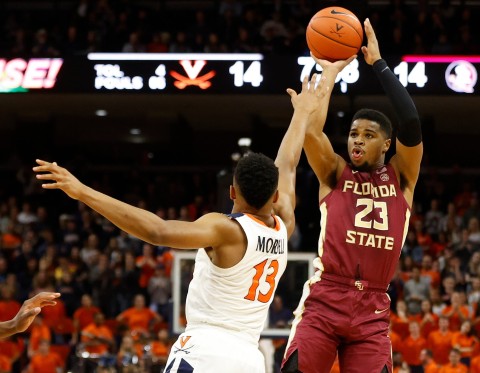 James averaged 1.7 rebounds, 1.1 assists, and 7 points in his freshman year and averaged 7.5 points and 2.2 rebounds per game in his sophomore year. At the end of the season, He was named All-ACC Honorable Mention. His team reached the Sweet Sixteen of the NCAA Tournament. Michael upgraded his game and averaged 10.6 points, 1.7 rebounds, and 0.8 steals per game in his junior year.

Michael also got a chance to play for the national team in the 2016 FIBA Americas Under-18 Championship. He averaged 2.0 points and 1.8 rebounds per game in four games, helping his team win the gold medal.

Who is MJ Walker Dating? Know About His Relationship Status and His Girlfriend

MJ Walker does not like to share his personal life with the media. He is very much close to his family and likes to spend his free time with his friends. The relationship status of Walker is a mystery to most of us. He could be dating or could be single as of early 2021.

MJ Walker is very much early in his career. He is currently playing for his college team at the Atlantic Coast Conference. As per the rules, A player can't receive any money to represent the team. Universities provide them with scholarships that help them to cover most of their expenses.

Walker is ranked among the high-rated Shooting guard currently playing in college basketball. If he does not list his name in the upcoming 2021 NBA draft, then also, the next season, He will have to list the name. So, MJ will be landing on million dollar contract shortly.