Jeff Hostetler is a former American football player who played as a quarterback in the National Football League for multiple teams. He played professionally for NFL teams such as the New York Giants and Washington Redskins. Besides, Hostetler is also recognized by his nickname, Hoss.

Jeff Hostetler played professionally for NFL teams. He had decent deals with them, which may have helped him preserve a considerable fortune. It is speculated that Hostetler has a net worth of over $1 million. In the United States of America, a football quarterback makes a reasonable sum of money, just like Baker Mayfield. Hostetler played for the Los Angeles Raiders, and it is said that he received $8 million for three years contract. Also, Hostetler took $1.6 million as the Salary amount. 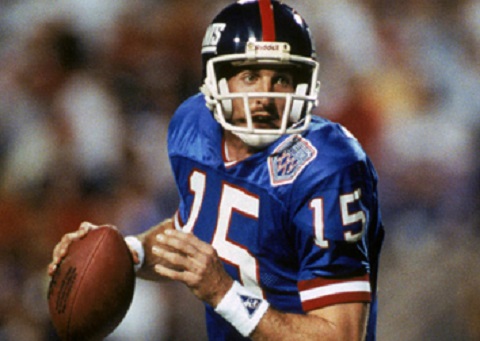 After playing for them, Hostetler moved to the Washington Redskins with whom he reportedly had a deal of $3 million. Like many athletes, Hostetler may have profited from brand endorsement during his professional playing career.

After retiring, Hostetler is now engaged in a business from which he may earn a good profit. He has a construction company.

Hostetler Is Married To His Wife, Vicky: Their Married Life & Children

Hostetler has shared his personal life with the people and lets them know he is married. The former player is married to his wife, Vicky. The couple met each other in 1981 and tied the knot in the year 1984. Besides, they do not talk much about their married life, but it can be said that they are living a blissful life privately.

Apart from that, Vicky and Hostetler are the proud parents of three children; all sons named Justin Hostetler, Jason Hostetler, and Tyler Hostetler. Furthermore, there is no news of their separation, so it can be said that they are still together and lives happily. 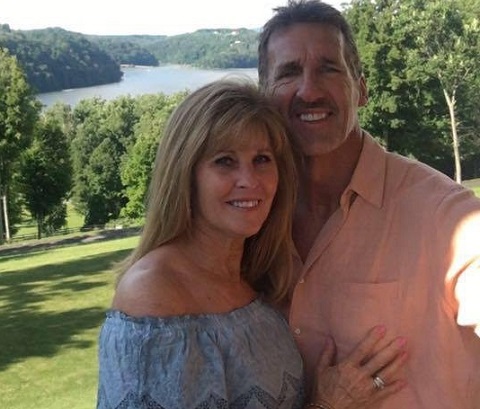 Besides, Hostetler's wife, Vicky, is the daughter of Don Nehlen, a former American football player and coach. Also, Don was his college coach too.

Take A Look At His Career Stats and more

Hostetler finished his college career in West Virginia. He represented them in many games. The West Virginia Sports inducted him into the Hall of Fame in 1998. Meanwhile, his professional career began after getting drafted by the New York Giants in the 3rd round of the 1984 NFL Draft. In the 1986 season, he touched a football in a regular season match for the first time.

In the 1998 season, Hostetler helped his team by giving his best while winning a game against the New Orleans Saints. In 2007, America's Game: The Super Bowl Champions profiled the 1990 Giants squad; the former player noted that he was frustrated with his absence from the playing period and volunteered to play other roles.

After that, Hostetler represented the team in many games. His performances were loved by many. In the NFC Championship versus the San Francisco 49ers, he suffered a knee injury in the fourth quarter. Furthermore, he started Super Bowl XXV; the Giants beat the heavily favoured Bills 20-19. During that time, Hostetler completed 20 passes for 222 yards with one touchdown. After reconsidering his retirement, Hostetler elected to return for the 1991 season. He played with them until 1992 and moved to the Los Angeles Raiders in the 1993 offseason.

In a game against the Denver Broncos, he led the Raiders to a remarkable 42-24 playoff victory. He had a fantastic career with the Los Angeles Raiders and played with them until 1996. In 1997, he signed a contract with the Washington Redskins. While representing the Redskins, Hostetler appeared in many matches. He retired after the 1998 season, which Jeff spent on injured reserve.

Meanwhile, Hostetler almost returned from retirement in 1999 after a tryout with the St. Louis Rams, where Hostetler would have subsidized up newly-signed quarterback Trent Green. Moreover, he had 1,357 passes for 16,430 yards and 94 touchdowns, with 71 interceptions.

What Is Jeff Hostetler Doing Now?

Jeff is now living a happy married life with his wife, Vicky. Hostetler lives with his family in Morgantown, West Virginia. Now, he has already left the sports field and is doing his own business.

Hostetler runs a construction company. Meanwhile, he does not have much presence on social media, which is pretty uneasy to know about his ongoing life.

Hoss was born William Jeffrey Hostetler on April 22, 1961, in Hollsopple, Pennsylvania. Hostetler was raised by his parents, Norm Hostetler (father) and Dolly (mother). Also, he grew up along with his six siblings. His father was from Mennonite, while his mother was from Hollsopple, PA. 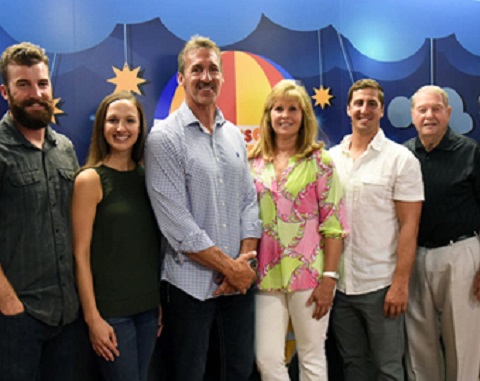 Moreover, Hostetler holds American nationality. Regarding his educational background, he went to West Virginia University, where Hostetler graduated with a 3.85 GPA receiving a degree in Finance. Further, he comes from an athletic family background as his nephew Ryan Nehlen played wide receiver for the West Virginia Mountaineers.

Similarly, he grew up with his siblings, Doug Hostetler, Ron Hostetler, Todd Hostetler, Cher Stupar, and  Lori Kehl. Also, Hostetler is also recognized as the uncle of Nate Stupar and Jonathan Stupar.