Mike Houston is a well-known American football coach. He is currently working as the head coach for East Carolina University. Mike joined the University in 2019. Houston won the 2016 FCS championship during his time as the head coach of James Madison. Mike was named the CAA Coach of the Year in 2016.

Mike Houston was born Michael Glenn Houston on November 15, 1971, in the United States. He rose to fame through his successful career as a head coach, so much about his parents and his early life is under the radar. After graduating from High School, Mike enrolled at Mars Hill University and played for the team. Houston graduated with a bachelor's degree in Biology. 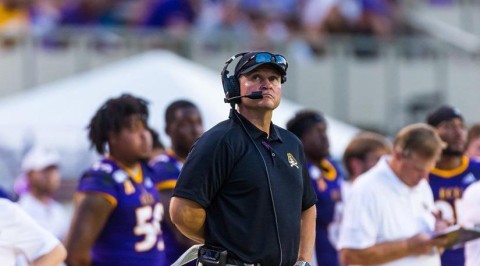 Mike works as head coach of the ECU since 2019 SOURCE: North Stat Journal

Who is Mike Houston Married To? Know About His Married Life and Children

Mike is married to his longtime girlfriend, Amanda Houston. The duo walked down their wedding aisle in the early 2000s. They had a private wedding ceremony where they invited only a few members from both the families and some close friends. 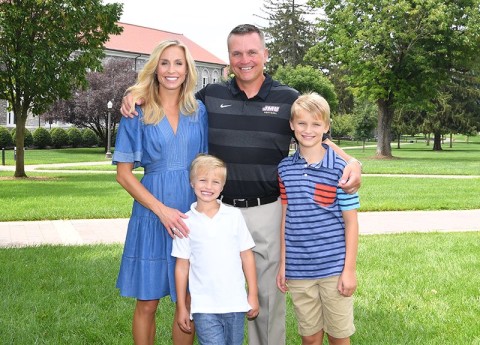 Mike shares a photo with his wife and children SOURCE: [email protected] Houston

Shortly after the wedding, the duo has welcomed two children Owen Michael Houston and Reid Wilson Houston. The family of four is living a happy married life. Unlike other head coaches, Mike does not show much presence on social media and is very private about his personal life.

Mike Houston has an estimated net worth of more than $5 Million. He has accumulated most of his net worth through his successful career as a head coach working in numerous High Schoola and universities. Houston has an annual salary of $1.5 Million with East Carolina University. Houston has a base salary of $500,000 and will receive $350,000 broadcast, $225,000 season tickets, and $225,000 Pirate Club. His contract will expire in 2023.