Michael Andrew D'Antoni, best known as Mike D'Antoni is an American professional basketball coach and former player. Currently, he is an assistant coach for the Brooklyn Nets of the National Basketball Association (NBA). Early in his career, he served as the head coach of NBA's different franchises as such Phoenix Sun, New York Knicks, Los Angeles Lakers, and Houston Rockets.

Mullens, West Virginia native, Mike D'Antoni was born on 8th May 1951, under the star sign Taurus. He is the son of Betty Jo D'Antoni and Lewis D'Antoni. Now seventy years old, D'Antoni holds a dual nationality: American and Italian. He stands 6 ft 3 in (1.91 m) and weighs 185 lb (84 kg).

How Much Is Mike D'Antoni's Net Worth In 2021? Salary & Contract

It's been almost five decades that Mike D'Antoni is in basketball: first two decades as a player and now coach.  More than in the NBA, he played overseas earning a good deal of money.

He began his coaching career in 1990 and growing strong than ever.

On November 12, 2012, the Lakers signed him to a three-year contract worth $12 million as the head coach. On 30th April 2014, he resigned from his role after the team declined to pick up their option for him to coach in 2015–16. Reportedly, he was paid an undisclosed amount of the $4 million owed him for the upcoming 2014–15 season.

In June 2016, Mike inked a three-year contract with Houston. In the final years of his Houston Rockets' deal in 2019-2020, he was handed a $5 million one-year extension with an additional $1 million per round he won. But he denied the deal, rather he took the role as an assistant coach at Brooklyn Nets.

As of 2021, his net worth is estimated at $15 million. And as an assistant coach at Brooklyn Nets, he summons $0.5 million of base salary.

In 2015, Mike D’Antoni has sold his home in Manhattan Beach for $9.5 million with nearly 40% more than what they paid in 2013. The three-story contemporary house features five bedrooms and 4.5 bathrooms with complete or partial ocean views from most bedrooms and public areas. 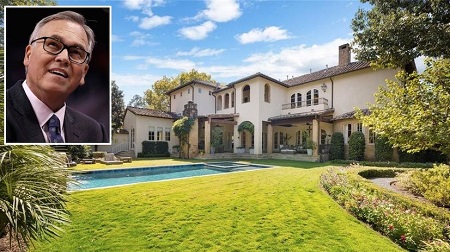 Mike met his future wife, Laurel,  in 1984, while living and playing in Italy. But it was not love at first sight or any romantic thing. In Fact, Laurel was intended to set up with another mutual friend.

In an interview with NBA.com, Laurel disclosed, "I was standing in front of the Benetton store waiting for the No. 54 bus. Just before it came, I spotted Mary and Wally [Walker, former player and general manager of the Seattle Supersonics] walking down the street. We talked and they invited me out for pizza. They said they would bring some friends.”

One of those friends was Mike, the other was Russ Schoene, whom Laurel was intended to set up. Instead, Mike invited Laure to come to watch one of his games and the rest is history. 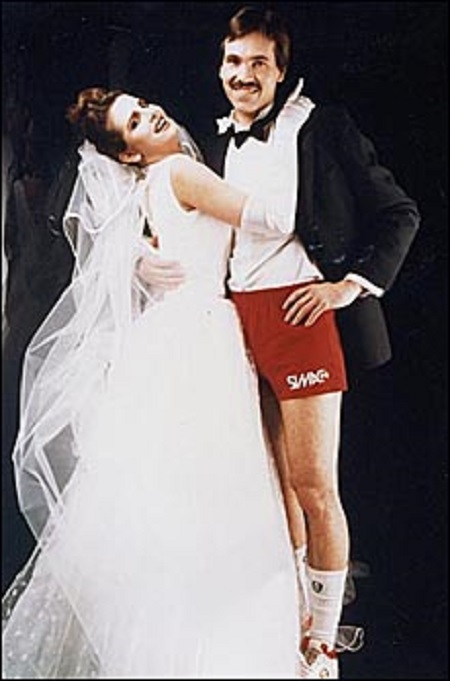 Within a very brief period of dating (10 days), the pair discussed marriage and eventually tied the knot in June 1986, though the plan was within a month.

The couple is blessed with a son, Mike D’Antoni Jr, who was born in Italy in 1995. D'Antoni Jr. grew up playing basketball, attended Rye High School where he was a standout on the school’s basketball team.

Mike enrolled at t Mullens High School where he began playing basketball, followed at t Marshall University, with the Thundering Herd, from 1970 to 1973.

At the 1973 NBA Draft, Mike was picked by the Kansas City-Omaha Kings where he played three seasons. He then played a season for the Spirits of St. Louis of the American Basketball Association (ABA) in 1975–76.

For 1976-77, he returned to the NBA, playing for San Antonio Spurs. But only played just games and leave for overseas. He was signed by the Italian team Olimpia Milano until 1990.

After retirement from his basketball playing career, he then pursued a career as a coach starting from the Italian club,  Olimpia Milan (1990-1994) and then Benetton Basket (1994-1997).

In 1997, he stepped into the NBA for the second time but this time as an assistant coach for the Denver Nuggets. in 1998, he was promoted to head coach.

On 30th October 2020, Mike was appointed as an assistant coach for the Brooklyn Nets, joining the team alongside Tiago Splitter and Jacque Vaughn.