Jacque Vaughn is an American basketball player turned coach who currently serves as the assistant head coach of the Brooklyn Nets of the National Basketball Association (NBA). He played college football for Kansas and was selected by the Utah Jazz in round one with the 27th overall pick. He retired from basketball in 2009.

Los Angeles, California native, Jacque Vaughn was born on 11th February 1975, under the star sign Aquarius. The forty-six years old holds an American nationality and is of Afro-American ethnic background. He stands  6 ft 1 in (1.85 m) tall and weighs 190 lb (86 kg).

As of 2021, Jacque Vaughn's net worth is approximately $10 million. His significant source of income is NBA: initially as a player and now coach.

Currently, Jacque Vaughn serves as the assistant head coach of the Brooklyn Nets of the NBA, earning $0.5 million per annum.

Jacque Vaughn is married to Laura. The two dated through college and tied the knot in July of 2003. Now, the couple has two children: Jalen and Jeremiah. 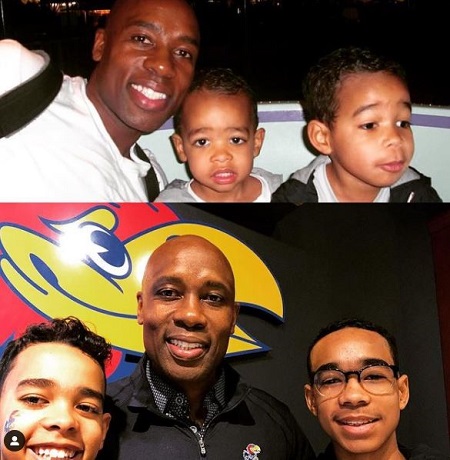 The Vaughn Family has maintained a low-key personal life. Compared to Laura, Jacque is somewhat active on Instagram. He has 926 followers followers. Whereas Laura is found nowhere on socials.

Vaughn enrolled at John Muir High School, where was the best high school player and maintained a 3.94 GPA. Over the offers from  Georgetown, Indiana, UNLV, Arizona, and UCLA, Vaughn chose Kansas to play college football. As a freshman, he earned an award at the 1993 Pre-Season NIT at Madison Square Garden in New York City.

He concluded his collegiate career being the all-time leader in assists in Kansas basketball history with 804 total (which is now surpassed by Aaron Miles), and the Big Eight Conference's all-time record holder. I

Over his NBA career, Vaughn averaged 4.5 points per game and 2.5 assists per game. 2007 NBA Championship.