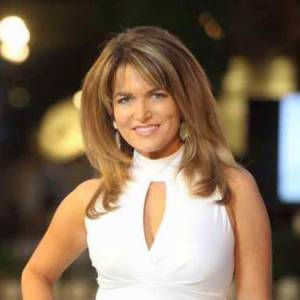 Melissa Wilson is an American journalist who is currently working as a co-host for Fox 26 Morning News and is also a health reporter for FOX 26 Network. In addition, Melissa has also won an Emmy Award for her excellent performance as a host.

As of 2018 the resident of United States, Melissa Wilson,  reportedly has an estimated net worth of over $250 thousand. She is happily married to her husband, David and has 2 children with him.

Melissa Wilson was born on 23 January in Texas, the United States. However, She has not revealed any information about her actual date of birth. She holds an American nationality and belongs to the White ethnic group.

Wilson was passionate about journalism and health reporting since her early age. In addition, Wilson has completed her Bachelor of Arts and Telecommunications degree from the Baylor University.

Melissa Wilson Net worth and Salary

The American sportscaster/anchor Melissa Wilson has an estimated net worth of $250 thousand. According to sources, a FOX 26 news reporter average salary is $65K per year and a medical reporter salary is $42,711 per year.

Looking at her excellent work and the number of awards she has won,  we can assume that she has earned more than an average wage. However, she has not revealed her actual salary and net worth to the general public yet.

After graduating, Melissa started her career as an anchor in KAUZ- TV in Texas.  Later, She moved to the Florida News Channel of Florida. In 2005, she began serving the Fox 26 News and co-anchored the prime- time news. Later, she was hired permanently by the  Fox 26 Network.

GIVE CANCER THE BOOT! This lovely couple recently fought three types of cancer between them & now they want to give back to the hospital that saved their lives! Wear your favorite cowboy, combat, or rain boots tomorrow (Sat) at 1pm to walk around the Texas Medical Center, raising funds for @mdandersoncancercenter & supporting cancer families.

There is no doubt that Melissa has achieved great success: in her career, she has received numerous awards. She was listed by Houston Woman Magazine in the " Top 50 Most Influential Women in Houston." Further, she was also nominated by American women in radio and television as " Personality of the Year."

Additionally, she was honored by the prestigious Gracie Award and the Lone Star Emmy Award. The greatest compliment in her career was that Melissa was honored as a " living legend" by the Houston Fair Care Centre.

On 6 June 2003, after dating for some years, Melissa married the love of her life. According to her Instagram account, her husband's name is David. Further, the couple has two kids, Zach and Caleb.

I was always so happy and felt so safe, snuggled up next to my dad. We would be celebrating his birthday today, but instead, we celebrate his life, legacy, and love that will always live in our hearts for him.

The duo and their children were living a happy life until their son, Caleb was diagnosed with a dangerous disease called Leukemia. The couple, however, showed no signs of weakness in the fight against malignant disease cancer. According to Fox 26 news, Caleb finally overcame the disease, fighting almost for 3 years.