Erin Blanchfield is an American mixed martial artist in the Flyweight division for the Ultimate Fighting Championship (UFC). Her MMA records stand at 6 wins and 1 loss with three finishes.

Erin Blanchfield was born on May 4, 1999. She stands 5 feet 4 inches tall and weighs about 125.5 lbs. Blanchfield trained herself in jiu-jitsu starting as early as age 7. By the age of 12, she decided to go professional. 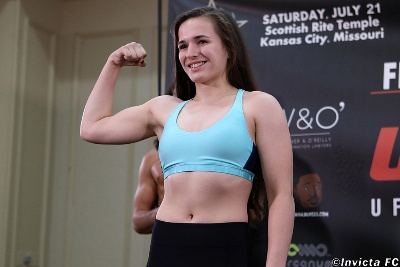 Blanchfield faced her first career defeat at Invicta FC 34 against Tracy Cortez. Her next victory came in June 2019 at Cage Fury Fighting Championships 76, this time she defeated Gabriella Gulfin via submission in round one. Blanchfield returned to Invicta in February 2020 to fight Victoria Leonardo. She won the duel via technical knockout.

Blanchfield's last major event was her victory over Brogan Walker-Sanchez in June 2020. Blanchfield is scheduled to make her UFC debut against Norma Dumont on April 10, 2021, at UFC on ABC: Vettori vs Holland. Her afterward bouts will be at UFC's Flyweight division.

Erin Blanchfield's Net worth and Earnings

A relatively unknown talent prospect, Blanchfield's net worth hasn't grabbed much attention from the media. Also, amateur fighters often have little to no say in the matter of earnings from their fight. Nevada State Athletic Commission stresses amateur fighters are allowed to get expenses covered by the promotion, but cannot be directly compensated for competing in the event. Lack of pay distinguishes and thereby protects amateurs from the highly experienced competition.

You May Also Like: Know All About The Former UFC Bantamweight Champ. TJ Dillashaw, his Career path, his married life and Net worth

However, no one can deny the theory that the 21-year-old has walked away with series of prize money. When she won the Eddie Bravo Invitational (EBI) tournament, Blanchfield had received a purse of $20,000. 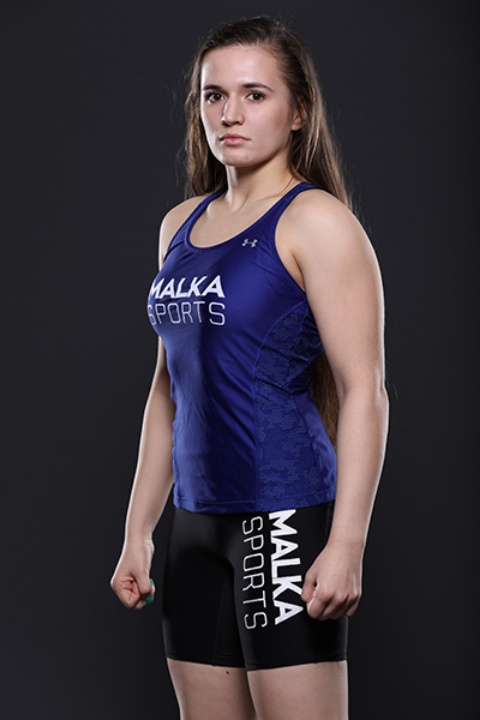 And now that she is a UFC fighter, Blanchfield will sure have different other avenues to get the money in her bank. Base pay, winning bonuses, performance bonuses, portions of ticket sales, and even sponsorships - UFC hardly dissatisfies its fighters when it comes to monetary compensations. Blanchfield can also be seen promoting several brands on her fight gear.

It was Blanchfield's mom, who got her involved in combat sports. Blanchfield's father gave her the ring name, Coldblooded. She spends her time at Silver Fox BJJ and MK Muay Thai and is currently a full-time biology major at Montclair State University, New Jersey - also her hometown. Blanchfield appears to be single. She is yet to be seen with a partner of her own.