Micah Kiser is a well-known American footballer who plays for the Las Vegas Raiders of the National Football League as a linebacker. The American international represented Virginia University before drafting into the NFL. The Los Angles Rams drafted him in the 2018 NFL Draft. He has played for numerous teams like Los Angeles Rams, Denver Broncos, and Las Vegas Raiders.

Former Denver Broncos linebacker Micah Kiser was born on 25 Jan 1995 in Baltimore (MD) Gilman. As per astrology, his zodiac sign is Aquarius and Kiser is 27 years old as of 2022. The athlete represents himself wearing jersey no. 53. Talking about his physical appearance, Dudely Award winner, Kiser stands at 6 feet 0 inches and weighs 111 kg.

Las Vegas Raiders linebacker Kiser is the loving son of his father, Michael Kiser, and mother, Duna Kiser. He also has a younger brother named Jordan Kiser. He loves spending time with his family and often shares his family pictures on Instagram. 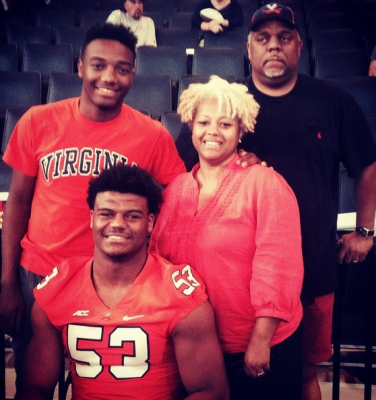 The William V. Campbell Trophy winner, Micah Kiser, attended Gilman School in Baltimore, Maryland. He has loved playing football from an early age. So, after finishing high school, he committed to the University to play college football. The Baltimore-born linebacker was a vital player for the college team as well.

Annual salary, earnings and net worth of Micah Kiser

Micah Kiser is a well-paid and well-established American footballer that has been an astronomical income throughout his career. His primary source of income is playing for the top NFL teams.

His net worth is approximately $2 million.

Besides football, he also credits his bank balances via sponsorship, brands and endorsement deals.

Micah Kiser has been playing football for Virginia from 2013 to 2017. His college career was impressive because he won William V. Campbell Trophy. After graduating from his college, the Los Angeles Rams drafted Kiser in the fifth round of the 2019 NFL Draft. 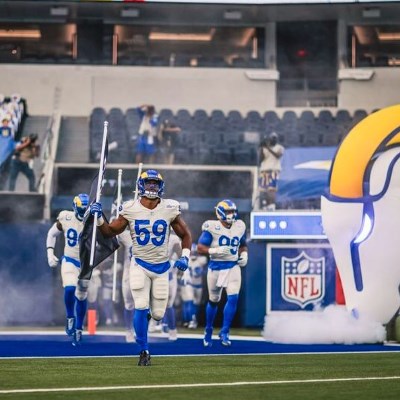 Raiders jersey number 53 season with the Rams was quite impressive; he won NFC defensive player of the week. After his release from the Rams off the practice squad, he signed with Denver Broncos on 22 September 2021.

However, he was placed on injured reserve on 23 October 2021. After the four-month release from the Broncos, he is currently playing for Las Vegas Raiders, signing a contract on 21 March 2022. His Raiders teammates are Tyree Gillespie, Denzelle Good, and Clelin Ferrell.