Denzelle Good is a professional American footballer playing for the Las Vegas Raiders of the National Football League (NFL) as an offensive guard. He got drafted in the seventh round of the 2015 NFL draft by the Indiana Colts. Raiders defensive guard, Good played his college football at North Carolina State and later for Mars Hill University.

On 8 March 1991, Denzelle Good was born in Gaffney in the USA, South Carolina. As per astrology, his birth sign is Pisces and talking about his age; Good is 31 years of age as of 2022. The American international possesses a height of 6 ft 5 inches and weighs 154 kg. Raiders' offensive tackle is from a black ethnic background.

Denzelle Good started his football career playing at North Carolina State on a scholarship. Professionally, 31-years footballer started his football journey in 2015 after being drafted by the Indianapolis Colts in the seventh round of the 2015 NFL draft. Good was just the third player from Mars Hill University ever to be drafted and the first since 2003. 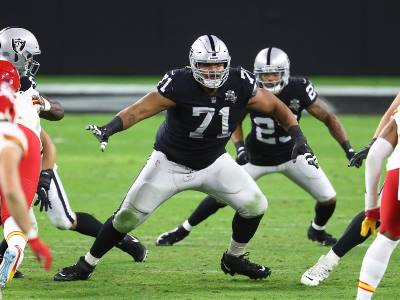 American athlete was given less chance to appear on the field, so on 24 March 2021, Good re-signed the Raiders' two years contract. After resigning from the team, he signed with Las Vegas Raiders. Presently, The American nationality Good is playing as an Offensive guard for Las Vegas Raiders.

The 31 years old footballer is a well-established player earning an impressive amount of money from his football career. He is living a lavish lifestyle with his family currently. He didn't receive payment for playing for college, but later, since getting drafted by NFL teams, he is crediting his balance massively.

When the Raiders signed him, he netted a staggering $8.36 Million for two seasons that included $3.19 Million guaranteed and an average salary of $4.18 Million. Hence, he has a net worth of around $10 Million. To date, he has added huge fortunes to his net worth. On top of that, he also makes extra earnings from brands, sponsors, and endorsement deals.

Denzelle Good has faced lots of ups and downs. Despite all these odds in his journey, he still succeeds in being a successful footballer. During his tenure at Oakland Raiders, Las Vegas Raiders offensive guard suffered a season-ending torn ACL injury. 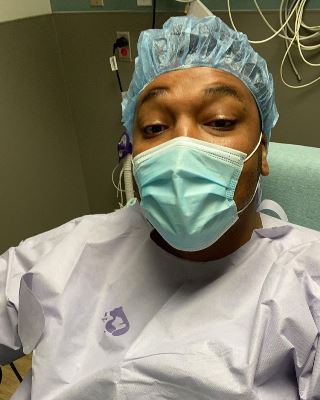 Due to this, Denzelle Good was completed to stay away from the football. Good's injury made a major impact on his career and health.