Clelin Ferrell is a rising American football player. Ferrell currently plays for the LAs Vegas Raiders in the National Football League as a defensive end. Clelin started his professional career in 2019. Clelin was part of the CFP National Championship winning team in 2016 and 2018.

Clelin Ferrel was born on May 17, 1997, in Richmond, Virginia. He is the son of Cleavester Ferrell and his wife, Faye Ferrell. Both of his parents served in the United States Military and have four brothers and four sisters.  Ferrell completed his High School at Benedictine High School and enrolled at Clemson University. Clelin stands six feet and four inches tall and weighs 120 kg. Clelin plays for the Oakland Raiders in the NFL SOURCE: CBS Sports

Clelin owns many sports cars worth six figures.  He is very much early in his career and will be adding millions to his net worth in the days to come. In 2020, The football player donated more than $50,000 in charity and $50,000 to support the Eviction Diversion Program.

Who is Clelin Ferrell Dating? Know About His Relationship Status and His Girlfriend

Clelin is an active social media user. He keeps updating his fans, uploading photos and stories regularly. His timeline is filled with pictures of his games, training, and vacations. In February 2021, Ferrell posted a photo with a girl. However, He has not shared a word about the girl to the media. 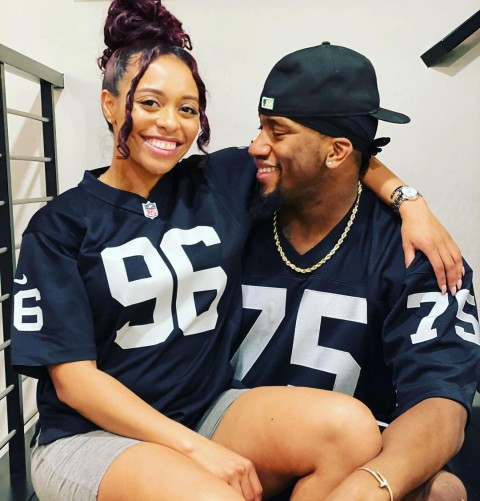 Clelin is believed to have been dating the girl for some time. Since then, there is not a photo of her in the media. Ferrell must be spending quality time with his girlfriend.

Clelin started playing American football from a very early age. He was part of his High School football team and committed to playing college football at Clemson for nearly three months before tearing his ACL. He ranked as the fifth-best prospect in the state. Clelin could not play for the senior year due to the injury.

Clelin suffered a hand injury in his early days of freshman year and forced him to redshirt the 2015 season. Ferrell had an impressive 2016 season and was named first-team All-American by the Associated Press, first-team All-ACC by league coaches. Many expected him to list his name for the 2018 NFL draft, but he played for Clemson in his junior year.

In early 2019, Clelin decided to forgo his senior year and declared for the 2019 NFL draft. Oakland Raiders drafted him in the first round with the fourth overall pick of the season. He debuted against Denver Broncos, made three tackles, and recorded his first sack on Joe Flacco. The player finished the 2020 season with 27 tackles, two sacks, and two forced fumbles through 11 games.