Mayra Bueno Silva, nicknamed Sheetara is a Brazilian Mixed Martial Arts (MMA) fighter who is currently signed to the UFC under the Flyweight division. A professional since 2015, she previously competed at Sidney Sibamba Fight, Premium Fight Championship, and Batalha MMA.

How Much Is Mayra Bueno Silva's Net Worth In 2021?

As of 2021, Mayra Bueno Silva has an estimated net worth of $0.1 million. The significant source of her earning is MMA career, Currently signed to the UFC, Silva gets paid a base salary on fight night no matter if she wins or loses, however, there is typically a “win bonus” involved for the winning fighter. Not to mention,  the “fight of the night” and “performance of the night.” 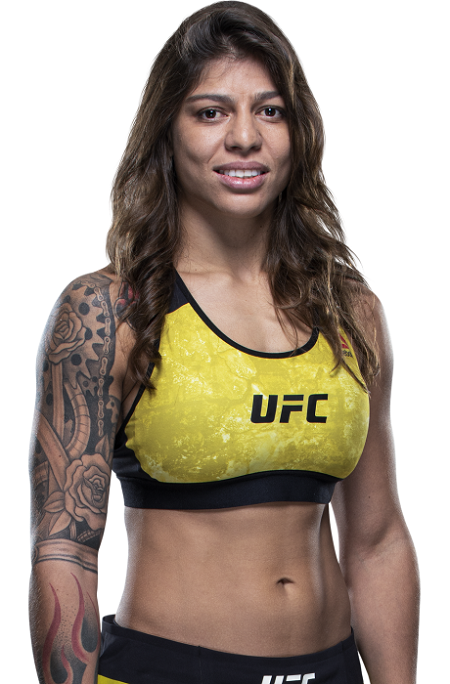 Is Sheetara Lesbian? Who is her Girlfriend?

Mayra Bueno Silva is openly lesbian and is currently in a relationship with her long-time girlfriend, Gloria de Paula, a MMA fighter. The pair started dating since 2016. 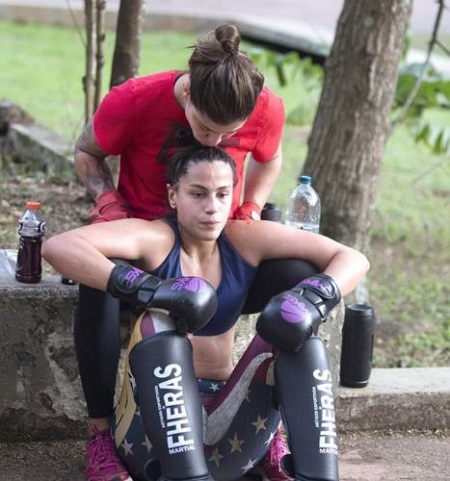 Scrolling through their respective Instagram, the couple has shared adorable pictures. They are not shy to flaunt their love openly to the world.

Mayra started training in 2013 to get in shape to fight. Before staring fighting, she was working at the supermarket.

Talking about her family, Mayra's goal in the interim, though, is to buy a house for her mother, Marry Luz. Her mother currently lives surrounded by other family members in Uberlandia, Minas Gerais, and she wants a place for her to call home. Intially, Luz wanted her daughter to stay away from the sport In fact, Mayra was asked to quit MMA right after she came back from Las Vegas with a 62-second victory and a signed UFC contract in hand.

On 22nd September 2018, Mayra made her UFC debut at UFC Fight Night 137 where she faced Gillian Robertson. She won the fight via Armbar in round 1. Her second UFC fight came on 14th March 2020, where she lost against Maryna Moroz. For now, she is expected to face Mara Romero Borella on 19th September 2020.