Gloria de Paula is the Brazilian UFC Fighter associated with Chute Boxe - Diego Lima. The strawweight Sao Paolo fighter is one of the most well-known names in the UFC Women's Division. The 26-year-old fierce female fighter is currently on 2 games losing streak and is planning to end it soon. Gloria has incredible athletism with a reach of 171 cm.

Gloria was born on 10th June 1995 to a Brazilian couple. She did her schooling in Campinas, Sao Paolo, Brazil. She was a tomboy from childhood. She had a little interest in fighting and boxing. However, her love for kickboxing went up the roof when she saw Ronda Rousey fighting in 2015. It was at that moment she decides she will be a professional UFC Fighter.

Gloria is one of the leading names in the UFC Strawweight Women's Division. In 6 years, she has garnered courage and has done a lot of hard work to be at the place she is today.

She has a professional UFC record of a 5-4 win-loss ratio. Her last two fights were against Cheyanne Buys and Jinh Yu Frey. In both of those fights, she lost. 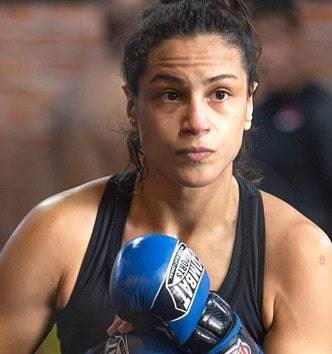 Her last fight against Cheyanne Buys was one of the most anticipated matches. It took place on 1st August 2021. Cheyanne defeated Gloria with one minute of the first round that too by knockout.

Gloria is openly a lesbian and is currently in a relationship with her close friend Mayra Bueno Silva. Both of them are from Brazil and are UFC Fighters. They often post pictures of themselves on social media. They look too cute together. 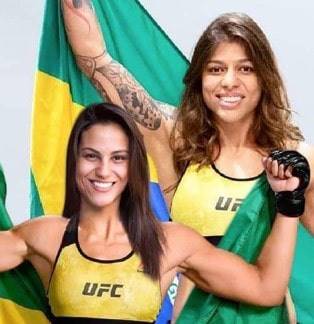 There have been rumors about Gloria's boyfriend and husband. But, they are all false. The only person who is in Glorinha's heart right now is Mayra.

Gloria and Mayra pass a lovely time together. They swim together, train together, and eat together.

Gloria lives with her girlfriend. She does not have kids as of now. The lovely couple is planning to adopt a baby soon.

Gloria is not seen around with anybody other than her girlfriend Mayra and her clubmates. It is clear that she does not have siblings where she is right now. 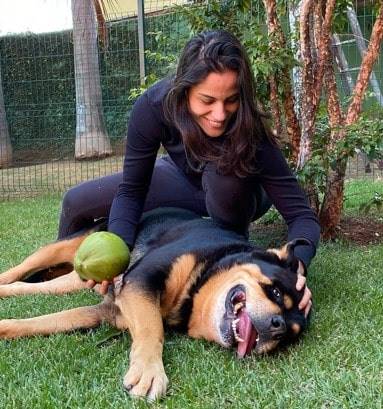 Not to forget, de Paul loves animals. She has a pet named Mike. Mike is a big strong dog. Gloria shares her pictures with Mike on Instagram.

Gloria has just started her career in UFC. She is already fighting like a great athlete. Her career seems very bright ahead. She has not disclosed her earnings anywhere. She charges around $50,000-$100,000.

Glorinha is sponsored by Reebok. Reebox pays a huge sum of money for her fight appearance and win.

Gloria has just bought a new car. She said that she was able to buy it from her career earnings.

The 26-year-old MMA fighter loves to travel during the holidays. From this, you can have an idea about her lavish lifestyle. 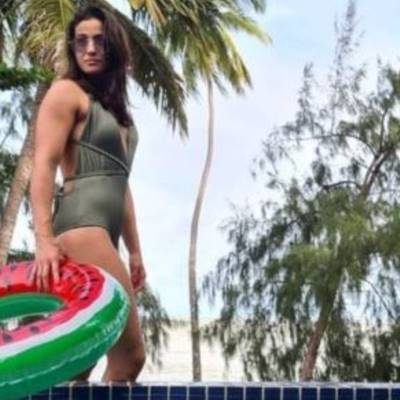 Cheyanne Buys vs Gloria was one of the most anticipated matches in the UFC Women's Division. Cheyanne beat Gloria within one minute of the first round with high head kicks and punches.