Maxx Williams is a professional football player of the National Football League who plays for the Arizona Cardinals as their tight end. Baltimore selected him in the 2015 NFL Draft in the second round. Maxx played college football for the Minnesota University.

Maxx's net worth is estimated to be more than $2 million. There are some more interesting facts about his salary, career earnings, and love life, just be patient and read the full article.

How Much Net Worth does Maxx Williams have in 2019?

Maxx Williams began his professional NFL career in 2015 so his net worth and the salary not as much as some other senior player. Despite this, he has an excellent salary and net worth. Maxx has earned a net worth of more than $2 million as of 2019. Moreover, his total career earnings is around $4.5 million. 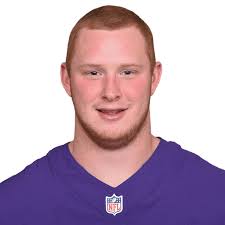 He signed a four years contract with Baltimore on May 7, 2015, soon after his draft in NFL. The contract was worth $4.05 million including $1.82 million guaranteed and a signing bonus of $1.20 million. He hasn't shared details about his assets but as per the sources his assets total value is around $1 million.

Is Maxx Williams Single or Dating Someone?

Well, most of the professional players don't feel comfortable so they don't share their girlfriends and love life in the media. Similarly, in the case of Williams, he also doesn't like to share his girlfriend details with the public and the media. Despite the lack on information, it can be said that he is currently dating his girlfriend.

Some of the sources claim that he is single which might be due to the lack of information. The player of such fame and popularity is hard to find without a girlfriend. He hasn't shared about his love life on his social media as well so stay with us if you want to know about his girlfriend. We will update soon as soon as we get some related information. 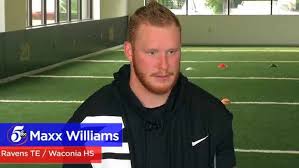 In addition to his love life and relationship, he is quite a passionate sportsman. Maxx mostly spends time on his games as he is in his career beginning. Furthermore, he is an active social media user where he updates just his professional life facts only.

Who is Maxx Williams? Bio, Parents, and Childhood

Maxx Williams was born in Waconia, Minnesota, the United States, on April 12, 1994, to American parents,. He holds American nationality and belongs to the white ethnic group. Williams grandfather Robert and his father Brian also played in the NFL, and they are his inspiration to join the NFL. Moreover, his mother Rochelle is also an athlete.

Maxx played high school football for the Waconia High School. After that, he attended the Minnesota University and played for them.

Maxx Williams is a professional football player of the National Football League who plays for the Arizona Cardinals as their tight end. Baltimore selected him in the 2015 NFL Draft in the second round. Maxx played college football for the Minnesota University.

Maxx made his NFL debut against Denver Broncos. After playing almost three seasons, he was signed by the Cardinals in 2019. Some of the professional football players of Cardinals are Chandler Jones, Patrick Peterson, Larry Fitzgerald, and David Johnson.