Being born to a reputed family or parents always gives oneself a lot of opportunities from early days. Max Nowitzki is among that lucky ones. He is the son of the famous former professional basketball player Dirk Wener Nowitzki.

Max Nowitzki was born in March 2015. He is among the three children born to Dirk Nowitzki and his wife, Jessica Olsson. He has a sister Malaika and a brother Morris. His father works as a Special Advisor for Dallas Mavericks, and his mother is a model. Max is just six years to start his professional career and earn his legacy.

Max's parents, Dirk and Jessica, have been married for more than eight years. The love birds started dating each other in 2010 after meeting each other while attending a game. Their friendship turned into a relationship and then into marriage. On July 20, 2012, they exchanged their wedding vows at a private wedding ceremony in the Nowitzki's home in Dallas. The couple had a traditional Kenyan wedding in Nanyuki, Kenya, where Olsson’s maternal family lives. 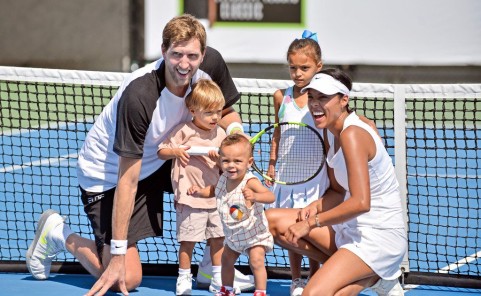 Max along with his siblings and parents at a tennis event SOURCE: Dallas Morning News

Dirk and Jessica welcomed their first child, Malaika, shortly after the wedding. In late 2014, Dirk opened about expecting their second child. In March, the duo was blessed with a son, Max. Shortly after that, The family of four extended to five with a second son, Morris, in 2016.

Although This may be Jessica's only official marriage and relationship, Dirk has had a failed relationship before his marriage. For almost ten years, Nowitzki was involved in a romantic relationship with his former girlfriend, Sybille Gerer. The duo started dating each other in 1992. Sybille is also a emale basketball player from his local club DJK Würzburg.

This happy-looking relationship was going smoothly, but they had many personal issues and separated in 2002 with mutual consent.

Max is very early in his career to start his professional life. He is enjoying his parent's successful career and living a lavish lifestyle. His father, Dirk Nowitzki, has an estimated net worth of more than $150 Million. He credits most of his net worth through his two-decade career in the NBA. Totaling his earning from the NBA, it sums to $251,646,362. He is among the highest-earning foreign player in NBA history. 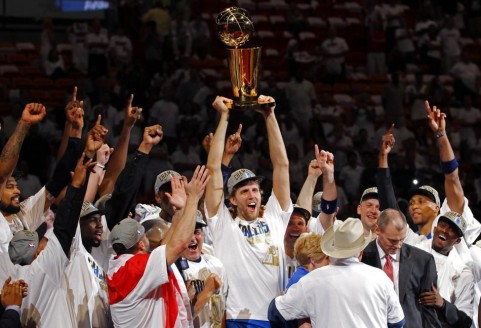 While playing his last year in the NBA, Dirk took home a salary of $5 Million with the Mavericks. He had a Nike endorsement deal through which he earned a handsome amount.

Dirk owns several real estate and lavish mansions in the United States and Germany. In October 2019, He bought an 11,394-square-foot mansion at 5906 Deloache Ave for $8.25 million. The property has four bedrooms with en suite baths, two of which qualify as Master bedrooms, five living areas, nine bathrooms. 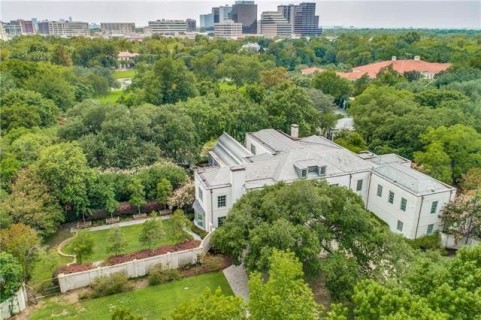 The grounds are wooded, well-manicured and expansive, a world unto itself. Nowitzki also owns a beautiful mansion in Dallas, Texas.