Murphy, Argentina native, Mauricio Pochettino was born on 2nd March 1972, under the star sign Pisces. The forty-nine years old holds an Argentine nationality and of Italian descent. He is the son of Amalia and Hector Pochettino. He has a brother, Javier Pochettino.

How Much Is Mauricio Pochettino's Net Worth In 2021?

Most recently, Pochettino landed in PSG to coach top figures as Neymar and Kylian Mbappe. As reported, Pochettino will earn $550,000 monthly, being the best paid ever in the history of the club. As per 2020 reports, Tottenham continued to pay Pochettino's £8.5million-per-year salary due to a payroll clause inserted in the lucrative contract he signed in 2018 - which intended to keep him at the club until 2023.

Mauricio Pochettino has an estimated net worth of £12 million as of 2021. No doubt, the football manager has a lavish lifestyle but has chosen to live it low-key. There is no information available regarding his real estate or vehicles.

Pochettino is a married man. He tied the knot with Karina in 1994.

Pochettino previously claimed that his wifey is his biggest critic. The football manager told to remain Karina at home for matches after the Spurs' form picked - only to receive messages after the game about their performance. 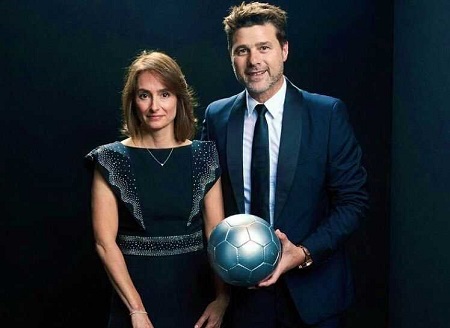 Mr. and Mrs. Pochettino are proud parents to two sons: Sebastiano and Maurizio. As reported, Maurizio, joined Tottenham's academy nearly four years ago as a winger, while Sebastiano has not been left out, having been a first-team sports scientist under his father.

Pochettino started his playing career in 1989 as a central defender with Primera División club Newell's Old Boys. With the team, he won the league title as well as finished as runner-up in the 1992 Copa Libertadores. In 1994, he transferred to the newly-promoted La Liga club Espanyol. In 2022, he won Copa del Rey which was the team's first trophy in 6 decades.