A South African-born Australian professional tennis player, Matthew Ebden is a bronze medal recipient at the 2010 Commonwealth Games. Further, his career highlights include a quarterfinal reach at the 2011 Shanghai Rolex Masters and the 2013 Australian Open mixed doubles title. Besides, he also won 4X ATP double titles.

Durban, South Africa native, Matthew Ebden was born on 26th November 1987, under the star sign Sagittarius. He is the son of Charles and Ann Ebden. Besides tennis, he is studying for a commerce degree. A dual nationality holder, he has a South African and Australian citizenship card. The thirty-three-year-old stands 188 cm (6 ft 2 in) tall.

How Much Is Matthew Ebden's Net Worth In 2021? Career Earnings

Ranked 93rd in the ATP Prize Money Leaders, Matthew Ebden has summoned a career prize money of $3,427,895 since he turned professional in 2007. In the list, Daniil Medvedev, Andrey Rublev, and Fabio Fognini hold 1st, 2nd, and 3rd positions respectively.

Besides, sponsorship and endorsement is another important source of income for Matthew. He is currently sponsored by Fila, Head Tennis, OLD EL PASO, and many others. As of 2021, his net worth is approximately $3 million.

Firstly about his Grand Slam, Matthew won the 2013 Australian Open, pairing up with Jarmila Gajdosova. Their scores were 6-3, 7-5.

Matthew Edben is a married man. The right-handed (two-handed backhand) tennis player, tied the knot with Kim Doig, a lawyer. Their wedding was lavishly held on 16th November 2012, in Margaret River, Western Australia. 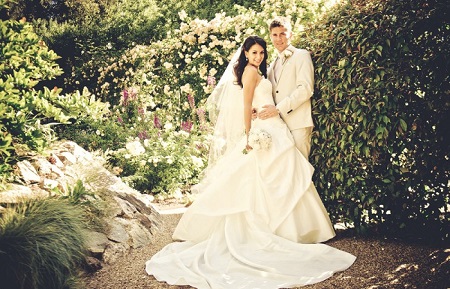 The couple met through Matthew's sister Tarryn, who was good friends with Kim for about a year before Kim met Matthew because he was always traveling. Kim remembers  “She was always hinting that she’d like to matchmake us but I said ‘No, he travels, not going there, don’t want to do long distance’. Eventually, the duo crossed their path and hit it off and”, she pauses, laughing at her ultimately futile resistance, “famous last words!”

The couple managed to keep the flame burning long distance for 1/2 years while Kim was studying a double degree in law and arts at UWA, and then practicing law, and Mattew was working his way up the world rankings. They were engaged shortly after the Australian Open 2012.