Matteo Politano is a professional football player from Italy who currently plays in the Italian top league, Serie A. He plays in the right-winger position for Societa Sportiva Calcio Napoli. He can also play as a second striker. He joined the team in 2021. Before Napoli, he has previously played for the top teams like Inter Milan and Roma.

He wears the Number 21 Jersey for his team. While his time with Napoli, he won the Coppa Italia in the 2019-20 season. He has been representing Italy in international tournaments since 2018. Previously, he was in the Under 19, Under 20, and Under 21 teams of Italy.

Matteo Politano, famously known as Politano was born on August 3, 1993, under the birth sign Leo. His birthplace is Rome, Italy, so he is Italian by nationality. 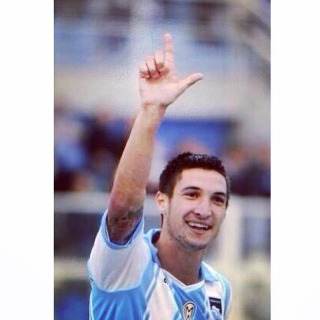 He was born to his mother and father whose names are not available at the moment. He has never talked about his family background in the public. And also, he is private about his parent's details on his social media too.

He has not revealed information about his sibling information. It is not sure whether he has any brother or sister but he likes to call his teammates and friends brothers.

What is the height and weight of Politano?

What is the Net Worth of Matteo?

As per sources, the total net worth of Napoli's winger is more than $7 million. 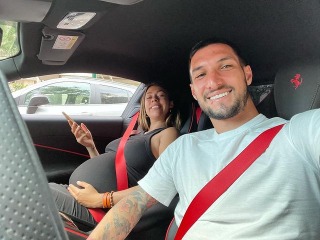 His earnings mostly come from his career of playing football with top clubs.

Matteo signed his professional contract with Napoli on July 1, 2020. And his contract will be ending on June 30, 2024.

According to Salary Sport, his estimated salary in 2022 with Napoli is £3,432,000 per year. It means he earns more than 66 thousand pounds per week in his current club.

Before joining Napoli, he used to play for Inter Milan where his yearly salary was £2,652,000 while his weekly salary was 51 thousand pounds. He had the same salary in 2020 too.

According to transfermarkt, Italian winger Matteo P has a market value of 27 million pounds in 2022.

Matteo is sponsored by Nike, which is a sportswear manufacturer.

Nike is also his outfitter, but, the exact monetary transaction between Nike with Politano is not disclosed yet.

He can be seen sometimes promoting his sponsor on his social media.

Is Matteo married? Or is he dating anyone?

Napoli's right-winger Matteo Politano is currently in an open relationship with his partner Ginvera Francesca Sozzi. The couple has been dating each other for more than 2 years. 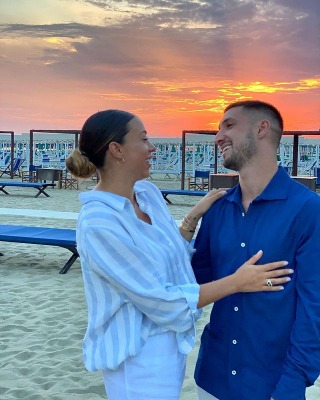 Matteo started dating his current partner in 2019. At that time, he was playing for Inter Milan. The exact time and place the lovers met for the first time are not revealed to the public.

Though the partners are not officially married they have already planned to start a family.

As of now, there are no sources that can claim the dispute between Matteo and his love Sozzi.

Who is Matteo's girlfriend, Ginvera?

Matteo's partner Ginvera Francesco Sozzi is famous for becoming the girlfriend of the footballer. 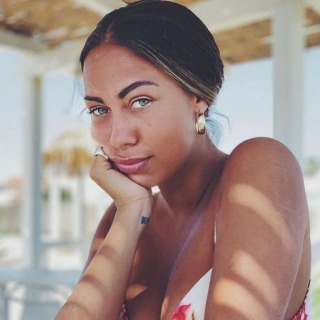 Like her boyfriend, she is also pretty famous on Instagram. She has more than 60,000 followers on Instagram. Her Isnta Id is @ginevrafrancescasozzi where she gives updates on her private life, and time with friends and families.

Ginvera Sozzi is not the only woman Politano has had a relationship with. Before, her, he was married to his longtime partner Silvia Di Vincenzo. The pair were together for at least years before they decided to get separated.

The couple started dating in the early 10s before they decided to get married to each other. Politano and his ex-wife Silvia Vincenzo tied their knot in 2018 in the presence of their close friends and relatives.

But unfortunately, they had their marriage broken after he started dating another woman who is his current partner. Silvia found the truth about her ex-husband and they decided t get divorced.

Politano is a proud father of 3 children, all girls.

There is no source that can claim who are the parents of the two former daughters. It is not sure whose side are they from. 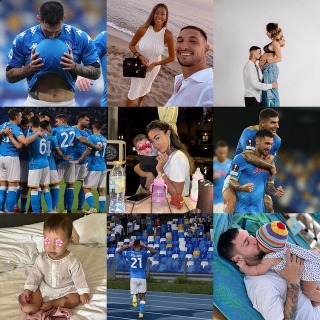 Matteo Politano and his wife and daughter SOURCE: [email protected]

But, in early 2021, Matteo and his girlfriend revealed that they were going to have a baby. She revealed that she was pregnant with a child, while Matteo also dedicated his goal by putting the ball inside the shirt.

And as expected, they gave birth to a child, a daughter. Both parents frequently share photos of their baby girl on their social media.