Giacomo Raspadori is a professional soccer player from Italy. He plays from an Italian professional league Serie A and Italy national team. He is associated with the football club US Sassuolo. He plays as a forwarder for his club and country. For his national team, he has earned seven caps till now.

Raspadori started his international career as a U17 player for Italy. Playing for his national team, Raspadori will win UEFA European Championship in 2020. He was also playing eleven when Italy was placed in third place in UEFA Nations League 2021. In January 2022, he was a Serie A player of the month. He wears jersey number 18 for US Sassuolo.

Giacomo Raspadori was born in Bentivogilo city of Italy on February 18, 2000. Information regarding his early education has not been revealed yet. But, alongside his football career, he is studying sports science as per sources.

Along with football, he is equally talented when it comes to studying also. He manages his time equally for football and for his education. 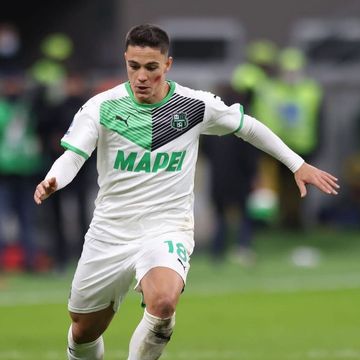 Raspadori has not revealed his parent's professions and identity. Information regarding his siblings is also not out as of now. According to the astrologers, his sun sign is Aquarius.

Twenty-two years old Raspadori stands 5 feet 8 inches tall. He has a moderate height. He approximately weighs 69 in kgs. White ethnical background Raspadori has blonde hair and has a black eye. He has good looks and has a slim-fit body.

Net worth, contract, and salary

Italy's potential forwarder Giacomo Raspadori has earned a good amount of money through football. He has been active in football since his childhood. As per the salary sports, Raspadori earns 3,200 Euro in a week and makes 166,400 Euro yearly. 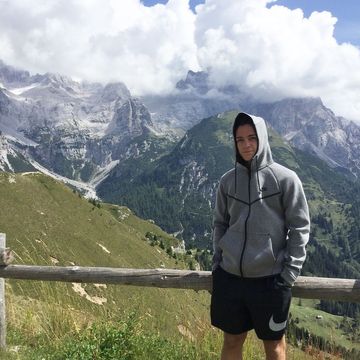 According to the transfer market, Raspadori has a market value of 20M Euro as of December 28, 2021. 20M Euro is his highest market value as of now. According to sources, his net worth is $2M. Raspadori also makes a reasonable sum of money from endorsement and advertisement.

He is endorsed by one of the famous companies Nike. Italian-based Nike endorsed Mr. Raspadori. His contract with US Sassuolo ends on June 30, 2024. He joined Sassuolo on July 1, 2018. His agent is TMP SOCCER SSL.

Italian professional footballer, Giacomo Raspadori is an open guy. He always wants to share his personal life with his followers. He is in love with an Italian girl named Elissa Graziani. As per her Instagram, she is currently studying and is a science student. 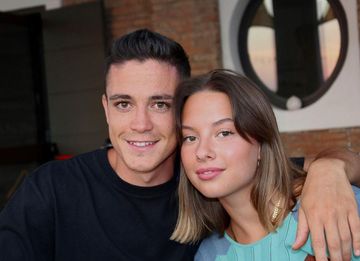 Raspadori with his better half SOURCE: [email protected]

This beautiful couple is deeply in love with each other. Both of them love to share their partners in their respective Instagram accounts. Whenever they get time, they love to explore a new place together. So, as of 2022, Raspadori is in a relationship and might soon turn their relationship into marriage.

Giacomo Raspadori likes to communicate with his fans through social media. On his Instagram, he is currently followed by 152M followers.

Raspadori is a quick, tiny, and agile striker with a low center of gravity who can play as a second striker, out-and-out striker or center-forward, attacking midfielder, or even winger in a 4–2–3–1 formation. He is a two-footed player with excellent vision and technical skills who can create and score goals. 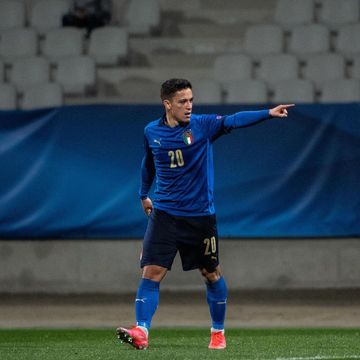 He's also noted for his ability to provide his team depth and use his runs to exploit or create space; however, he can also drop deep and link up with midfielders. Although he has cited Sergio Aguero as an essential inspiration, his playing style has attracted comparisons to Antonio Di Natale and Carlos Tevez. One of the journalists, Daniel of BBC Sport, labeled him as "Italy's next center-forward in the making" in October 2021. 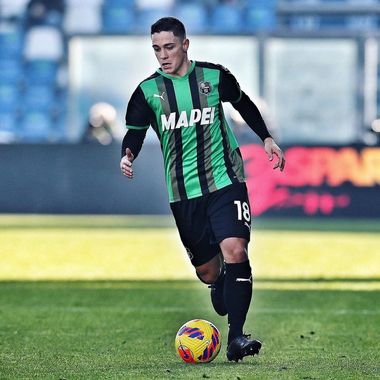 He signed his first long-term contract with Sassuolo for four years on August 9, 2018. On May 26, 2019, Raspadori rose to fame for Sassuolo in a 3–1 Serie A loss to Atalanta. From 2019, he has made 64 appearances and has scored sixteen league goals.

Despite never earning for the senior team cap, Raspadori was called up by mentor Roberto Mancini to the official 26-man selection for the UEFA Euro 2020 tournament in June 2021. In a friendly victory over the Czech Republic on June 4, 2021, he made his Italy debut, substituting Ciro Immobile in the second period. 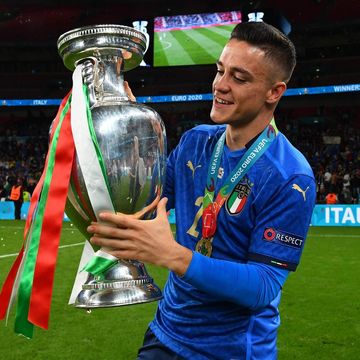 On June 20, he made his only appearance at Euro 2020, coming on as a second-half replacement for Federico Bernardeschi in Italy's final group encounter against Wales in Rome; the match concluded in a 1–0 victory for the Italians, earning them to lead their group.

Raspadori and Italy won the European Championship on July 11 after a 3–2 penalty shoot-out triumph over England in the final at Wembley Stadium, following a 1–1 extra-time draw.
Raspadori scored a goal for Italy high ranking national team on September 8, making the score 3–0 in a 5–0 win at home over Lithuania in a World Cup Qualifying Game; ten minutes earlier, his off-goal shot had also led to an own goal by opposing defender Edgaras Utkus.