Matt Lauer is known for his work as a television news personality for NBC News. He co-hosted NBC's Today show from 1997 to 2017. He has also worked for the evening news magazine Dateline NBC. With NBC, Lauer presented the annual Macy's Thanksgiving Day Parade and co-hosted the opening ceremonies of several Olympic Games.

Lauer was born on December 30, 1957, in New York City, New York. He is an alum of Ohio University. His father, Robert Lauer was a bicycle company executive, and his mother, Marilyn Lauer was a boutique owner. He is of Romanian Jewish descent from his father's side.

At 39, Lauer graduated from Ohio University. He had dropped out of the same institution in the spring of 1979 after getting a job as a producer at the WOWK-TV in Huntington, West Virginia. A year later, Lauer had become an on-air reporter for the same station.

Lauer then started co-hosting PM Magazines in several cities, beginning in Richmond, then Providence, and then New York City. Lauer next co-anchored Made in New York for fifteen weeks. This was followed by a job as a presenter in ABC's daytime series Fame, Fortune, and Romance alongside Robin Leach. Between 1987 and 1989, Lauer hosted local television programs in Philadelphia and Boston. During the same period, he also anchored entertainment news for HBO.

In September 1989, Lauer started to host WWOR-TV's 9 Broadcast Plaza. The New York City native was then hired to host a pilot called Day in Court by the Kushner Locke Company in 1990. He anchored the program for two seasons until it was picked up as a daily series. The same year, Lauer had also filmed for the World Bodybuilding Federation for USA Network. 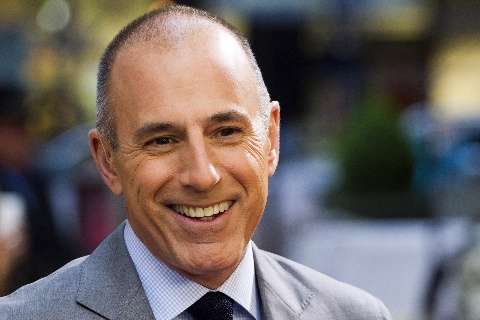 Matt Lauer is best known for his work with NBC News SOURCE: KPBS

A year later, he got a permanent job to host Live at Five and remained there until 1996. From 1992 to 1993, Lauer often filled in as the newsreader on The Today Show. In January 1994, he joined the Today Show full-time whilst still having the job at Live at Five. From 1992 to 1995, Lauer stepped in to co-host Weekend Today and NBC News at Sunrise. He also hosted NBC Nightly News, Today Show, programs on Discovery Channel and MSNBC.

From 1998 to 2011, Lauer anchored an annual five-day, adventure program, Where in the World is Matt Lauer. Lauer has also had a heated argument with actor, Tom Cruise during an interview in June 2005. Some other celebrities that he has taken interview include Prince William and his brother, Prince Harry. Lauer also did a 3-day coverage for the 2014 Winter Olympics.

It was during an interview with Lauer, where actor Charlie Sheen had revealed his positive HIV diagnosis in November 2015. He also conducted separate interviews with presidential candidates Hillary Clinton and Donald Trump on September 8, 2016. Two months later, in November, it was reported that Lauer had signed a new contract with the network until 2018.

On November 29, 2017, NBC News officiated Lauer's employment termination after an unidentified female NBC employee accused Lauer of committing sexual harassment that occurred during the 2014 Winter Olympics. The woman reported the harassment continued after their return to New York. 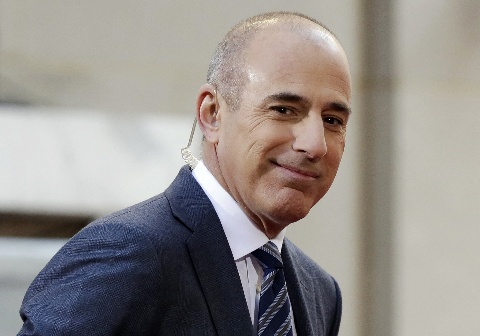 Matt Lauer's contract was terminated by NBC in November 2017 after several accusations of sexual harassment. SOURCE: Times Of Israel

Later, Variety put forward the allegations by at least ten of Lauer's current and former colleagues with additional accusations going public in the days that followed. In a 2019 book by Ronan Farrow, Catch and Kill, Lauer has been accused of raping and even manipulating a victim. Lauer issued a statement where he said 'while some of what is being said about me are mischaracterized, there is enough truth in these stories to make me feel embarrassed.'

Two weeks after Lauer's firing, Addie Zinone, a former Today production assistant, said that her sexual relationship with Lauer was consensual but argued that she had no other option but to accept Lauer's advances in part to her career assurance. Farrow claims Lauer of exposing himself to Today show booker, Melissa Lonner in 2010 at an NBC cocktail party. Though, Lauer denies this claim.

From 1982 to 1989, Lauer was married to television producer Nancy Alspaugh. The relationship produced no children. The former NBC host then tied the knot with Dutch model, Annette Roque. Lauer met Roque on a blind date in July 1997. 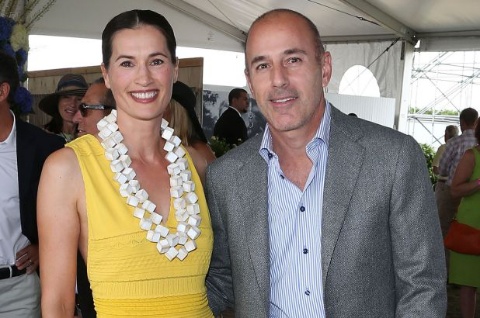 Matt Lauer was married to Annette Roque from 1998 to 2019 SOURCE: Page Six

In 2006, Roque filed for divorce from Lauer. Roque cited that she received frequent mental and emotional torture, humiliation, torment, and anxiety from Lauer. While they reconciled weeks later, they officially divorced on September 7, 2019, following more than a year of separation. Sources reported that Lauer was to pay Roque a payout of $50 million which included their Hampton estate and a payment of $25 million.

Forbes reported that Lauer's 2012 contract with NBC paid him $25 million a year. Before that, he was being paid $17 million annually. In 2016, Variety reported Lauer's contract extension with NBC through 2018 was $20 million a year.

Lauer's net worth is estimated to be between $60 and $80 million. He also has homes in New York's Sag Harbor, Connecticut, a $33 million North Haven estate, a 40-acre horse farm, a co-op in Bernie Madoff's old building, and a lakeside ranch in New Zealand.

Lauer has also been reported of buying and selling multiple homes in the ritzy Hamptons over the years. Business Insider speculates the host made at least $100 million throughout his career. The site also mentions Matt Lauer's first-ever job was at a clothing store in Greenwich, Connecticut which paid him $2.50 an hour.

In 2001, his salary was reported to be around $4 million per year. This was up to an estimated $8 million the next year. In 2016, Forbes ranked Lauer fifth among the highest-paid TV host. Lauer owns a $5.9 million apartment in Manhattan's Upper Eastside.

In 2016, he sold a cottage in Southampton for $3.5million. He also purchased a cottage in 2009 for $2.1 million and a 6.3-acre waterfront North Haven estate for $33 million. Lauer's estate in Sag Harbor was listed for sale with an asking price of $14.9 million.