Colleen Dominguez is a famous American journalist currently working for NBA TV. She worked as a reporter for ESPN and collected news for ESPN shows like Outside the Lines Nightly, Outside the Lines and ESPN Sports Center. Further, she has worked for Fox Sports, NBC News, Fox News magazine.

Colleen Dominguez reportedly earns around $79,050 dollars as her yearly salary from the network. However, her net worth hasn't been disclosed yet. She is currently divorced and has two children, Peter, and Anna from her previous married relationship.

Colleen Dominguez was born on December 22, 1960, in Sayre, Pennsylvania. She holds an American nationality. Further, her zodiac sign is Capricorn. She grew up with 4 siblings, three sisters and a brother.

She began her career with Fox News magazine, FrontPage and worked for two years there. In 1994, she began producing shows at NBC News. After one year with NBC news, she left and joined as a reporter at KTLA-TV in 1995. She left KTLA-TV and again joined NBC news and started reporting for various shows for NBC and MSNBC, such as Nightly News with Lester Holt and The Today Show alongside Natalie Morales. 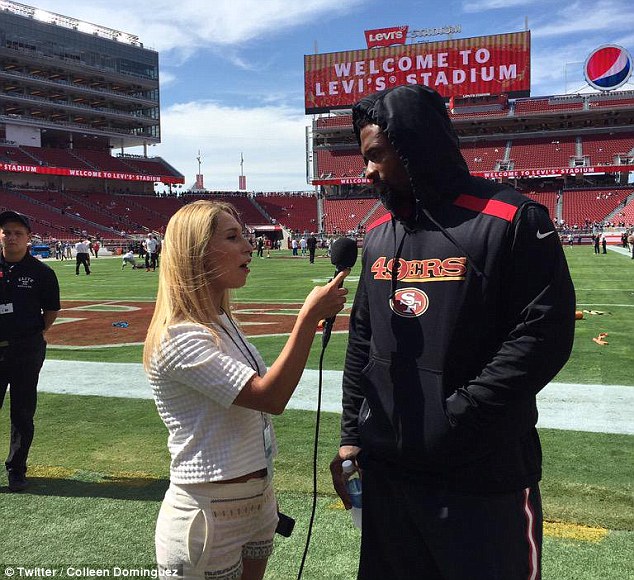 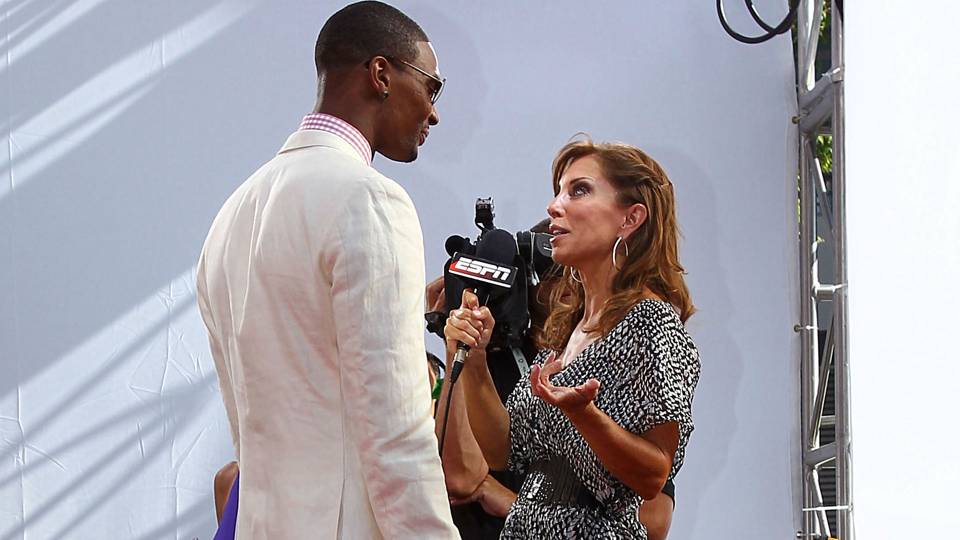 After working for about ten years, she moved to Fox Sports in March 2014. But, she was unhappy with her position there and filed a gender and age discrimination lawsuit against the network. The case was settled in  2017. Currently,  she is working for NBA TV and covers numerous NBA events.

Dominguez was married early when she was in college. Her married life was going on happily and she has two kids, Peter and Anna. However, a few years ago, her married life came to an end as she was divorced with her husband. The reasons behind their divorce are not well known to the media.

After the divorce, her husband sued her as she was using his last name even after the separation. Currently, she lives with her two children and mother in Los Angeles.

Colleen Dominguez's Net worth and Salary

Colleen Dominguez receives an annual salary of $79,050 dollars from her successful reporting career with NBA TV. She has worked for Fox New magazine, NBC News, Fox Sports, and ESPN and must have earned a lot of fortune from her reporting career. Her exact net worth is yet to be reviewed.

Dominguez is one of the experienced reporters in the country and is very hard working and dedicated towards her job. She is well paid by her employers and has quite a good income.

Other than being a successful reporter, Dominquez is quite active in social media pages. She has 23.6k Twitter followers.

Facts and Stats of Colleen Dominguez

Dominguez is 5 feet 7 inches tall in height and weighs about 57 kg. She further has a body measurement of 30-23-33 inches.