Matt Hendricks is a retired professional ice hockey player who last played for Minnesota Wild in the National Hockey League (NHL) as their left-winger. He also played for the Colorado Avalanche, Winnipeg Jets, Edmonton Oilers, Nashville Predators, and Washington Capitals.

Matt was selected in the 2000 NHL Entry Draft and he got retired from the NHL career on June 25, 2019. He has a total estimated net worth of over $10 million. Do you want to know more about his salary, wife, children, and career earnings?

How much did Matt Hendricks earn from his NHL career? His personal assets

Matt Hendricks is a former NHL player who played more than 12 seasons in the NHL, so it is obvious that his career earnings and net worth are above $10 million. Matt has made a lot of money from his professional career and his career earnings is listed around $15 million.

In addition to this, Hendrick's current net worth is estimated at above $10 million. Matt received a salary of around $700,000 in his last NHL season. After discussing his net worth and salary, let us explore his contract details. 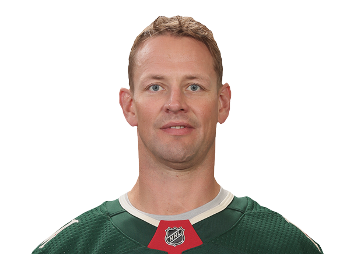 Apart from his salary and career earnings, he also paid a fine of around $29,838 for boarding Aaron Ekblad and he is also suspended for three games. in addition to this, the actual worth of his personal assets is listed more than $5 million as of 2019.

Is Matt Hendricks Married or Single? Know about his wife and kids

Matt Hendricks is a happily married man and he is currently enjoying his marital life with his wife. Hendricks exchanged the vows with his girlfriend  Kimberly Hendricks in a lavish wedding ceremony. The marriage ceremony was attended by Matt and his wife's friends and family members.

Matt and his spouse Kim are blessed with two lovely twins born on November 10, 2011. Their son and daughter are currently living with them and they spend a lot of time together. Hendricks and his wife are involved in many charity works and social services. 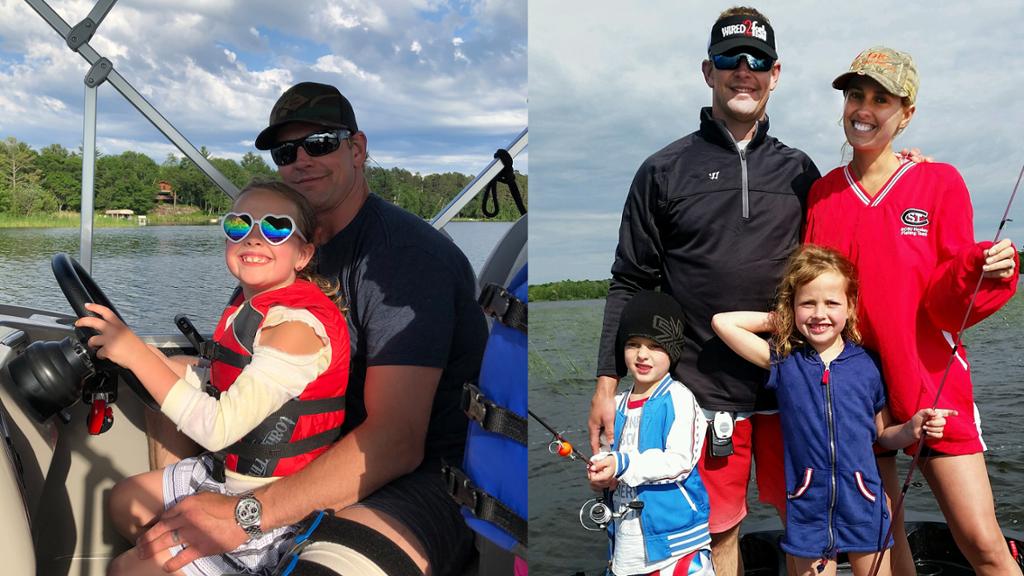 Matt with his wife and kids SOURCE: www.nhl.com

They run a charity named Hendricks' Heroes which honors military personnel. In addition to this, he spends a lot of time with his wife, daughter, and son. They frequently go fishing and hunting. he prefers to go to hunting whenever he has the time to do so. 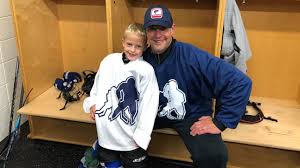 Matt with his son SOURCE: NHL.com

Matt's son is good at hunting and fishing whereas his daughter is a good dancer. Hendricks is a family man and he takes good care of his family. Matt and his wife are living a happy married life with their kids in Minnesota. He is also an active social media user and regularly updates daily activities on his media.

Who is Matt Hendricks? Know his childhood, parents, and early life

Matt Hendricks was born as Matthew James Hendricks on  June 17, 1981, in Blaine, Minnesota, the United States to parents  Doug and Sandi Hendricks. He holds American nationality and belongs to the white ethnic group. He spent his childhood in Minnesota with his siblings.

He completed his high school from the Blaine High School. Later on, he attended the St. Cloud State University for ice hockey career and higher education.

Matt Hendricks is a retired professional ice hockey player who last played for Minnesota Wild in the National Hockey League (NHL) as their left-winger. He also played for the Colorado Avalanche, Winnipeg Jets, Edmonton Oilers, Nashville Predators, and Washington Capitals.

He was selected by the Nashville Predators in the 2000 NHL Entry draft in 131st overall, in the fourth round. He played in the AHL at the beginning of his career. Hendricks was traded for Johnny Boychuk to Avalanche team in 2008.

He ended his 15 years of playing career on June 25, 2019. Some of his former teammates are Matt Dumba and Marcus Foligno.