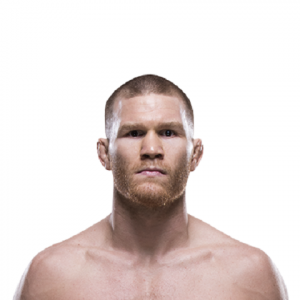 Matt Frevola famously known as The SteamRolla in the MMA world is an American mixed martial artist currently signed with the American MMA promotions UFC. Frevola fights in the Featherweight division.

Huntington, New York resident is a well rounded MMA fighter with wrestling, jiu-jitsu, Muay Thai skills. He started professionally participating in MMA on November 13, 2015, and so far has appeared in 7 events with total 6 wins and 1 loss.

Mr. Matt Frevola AKA The SteamRolla was born on 1986-09-08 in Huntington, New York United States and was interested in martial arts from a very young age. The Featherweight fighter Matt Frevola joined in August and first appeared inside the UFC octagon on Aug 29, 2017.

Matt Frevola first made his TV appearance at Dana White Tuesday Night Contender Series in Fight Pass Las Vegas against Luke Flores on Aug 29, 2017,  and suffered a loss in his debut UFC match via Submission in the second round. Again at the UFC Fight Night (STEPHENS VS CHOI), Matt fought Marco Polo Reyes and lost his second UFC match held on Aug 29, 2017, via TKO in round 1. He is set to fight against Lando Vannata in Madison Square Garden at UFC 230 Daniel Cormier vs. Derrick Lewis as an undercard fighter.

"It’s the ultimate competition, man vs man, no one to pass the blame to, no excuses. I fell in love with the martial arts lifestyle - Discipline, respect, loyalty, humility, hard work. " -Matt Frevola

Matt is also a Graduate and has acquired a bachelor's degree in Criminology. He holds American nationality and currently in contract with UFC.

Matt is Caucasian-White NewYorker and as he is an up and coming fighter, he has 304 followers on Twitter and 3412 followers on Instagram. So far Matt is living a single life and no news regarding his relationship or affair has surfaced in the media.

Talking about Matt Frevola also Known as The SteamRolla net worth, he is estimated to have earned around $150 Thousands from his last fight against Marco Polo Reyes on Jan 14, 2018 (STEPHENS VS CHOI). Nothing about his Net worth is revealed by the UFC fighter.