Matis Soule is a household name of an Argentine football player, Soule. Besides, he is a pro-level footballer who has been associated with the football vocation since 2009. As a youth, he made his first appearance for the club, Kimberley. Additionally, he formerly played for the club Velez.

The Argentine footballer Soule wears jersey number 9 for the national team and 30 for his fellow club. Besides, he has gone through many shifts in his playing career. Apart from that, Matis is a left-footed player who currently plays for the Italian football club, Juventus.

How Rich Is The Footballer? His Net Assets Value Explored

The Argentine footballer Matias Soule has an estimated net worth of more than $ 1 million. However, the exact information about his earnings is still missing from online sources. Furthermore, the player has barred his earnings facts from web sources.

Moreover, Matias is one of his squad's youngest yet most successful players. Unfortunately, the footballer hasn't shared much regarding his income and earnings. However, we know Matias's leading income source is his football career. 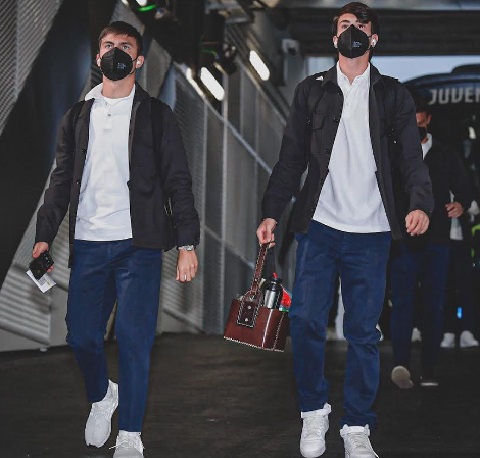 His current market value is €2.50 million, which is also the highest market value of the player so far in his playing career. However, the earning facts regarding Matias are yet to disclose.

Matias Soule is private about his relationship status, and most sources claim that his current relationship status of Matias is single. Furthermore, the footballer has never mentioned his lovelife openly on his social media handles.

As mentioned earlier, Matias is young, and his career has just started to grow. Therefore, he must focus on his career rather than relationships which is why we found no information on his lovelife. Apart from that, his past lovelife is also away from the public reach.

The talented footballer started his six-year-old career for Kimberley and six years later moved to Velez, where he played five seasons. Further, he began recognised for his football career in 2021 when Matias started his senior career.

Additionally, he joined the Juventus U23 and made his first appearance on July 24 2021, in a 3–1 preseason friendly win against Cesena. Furthermore, on September 15, he scored his first two career goals in a 3–2 win against Feralpisalo, which was the central turning point for the player and his professional career. Digging more into his international career, Matias made three appearances for Argentina Under 16. Additionally, he also got the opportunity to play qualification rounds for the 2022 World Cup against Uruguay and Brazil.

Additionally, he is known for his dribbling ability, set-piece taking, and impressive playing style.

Born on April 15 2003, Matias is famous for his birthname, Matias Soule Malvano, in his home country. More, he grew up in his birthplace, Mar de Plata. Talking about his past career, Matias has never revealed his boyhood facts on social media sources.

However, we know he is well educated and has grabbed a degree from a reputed university and college. Despite hundreds of questions about his parents, Matias hasn't revealed their names and profession on the internet portals.