He made his football career debut with Blacktown City and also played for Central Coast Mariners, Club Brugge, and Valencia before moving to Brighton & Hove Albion in 2017.

Mathew Ryan's Net Worth and Salary in 2019

Mathew Ryan has an estimated net worth around $2 million as of 2019. Currently, Ryan makes €1.8 million per annum with €36,000 weekly salary from Brighton & Hove Albion. His current market value is recorded at €8 million.

With a tremendous net worth, he is living a lavish lifestyle.

Mathew Ryan's Personal Life; Who is his Wife?

Mathew Ryan found love in his college mate Sarah Marshall. The duo met in their freshman year of college. In November 2010, while on holiday for Sarah’s birthday, Ryan proposed to her. 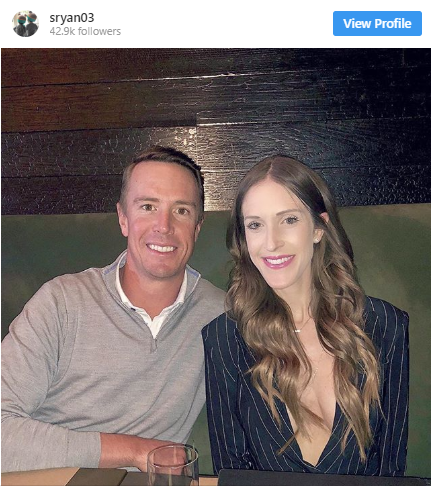 On 6th April 2011, the lovebirds tied the knot in Georgia Beach. 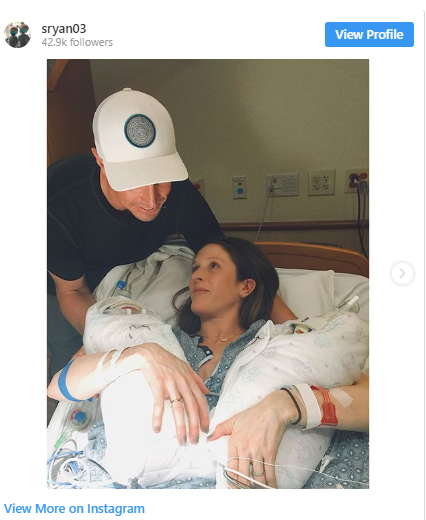 CAPTION: Mathew Ryan and his wife and children SOURCE: Instagram

In 2009, Ryan made his senior debut with Blacktown City. He played 11 games in his debut season.

Throughout his three-season spell with the club, he won 2011-12 A-League Premiership and 2013 A-League Championship with the team. Individually he earned various awards and titles including Joe Marston Medal, A-League Goalkeeper of the Year, A-League Footballers of the Year, FFA U20 male Player of the Year, and Mariners Medal.

On 30th May 2013, Ryan moved to Belgian Pro League side Club Brugge. On 27th July of the same year, he made his debut keeping a clean sheet in a 2-0 win over Sporting Charleroi.

On 21st July 2015, Ryan arrived at Valencia agreeing on a six-year deal. On 22nd August 2015, he made his La Liga debut in a goalless draw with Rayo Vallecano.

On 30th January 2017, he was loaned out to Racing Genk. He played 17 matches and returned to his parent's club.

In July 2017, Ryan joined Brighton & Hove Albion, agreeing on a five-year contract. On 12th August 2017, he made his debut against Manchester City.

Mathew Ryan was a part of Australia U-23 national team. In February 2012, he earned his first call-up to the Australian senior squad for a 2014 FIFA World Cup qualification match against Saudi Arabia. On 5th December 2012, he made his international debut for Australia in a 1-1 draw with North Korea.

More, he has represented his national side in 2014 FIFA World Cup, 2015 AFC Asian Cup, and 2017 FIFA Confederation Cup players.

In May 2018, Ryan was included in Australia’s preliminary 26 man team for the 2018 FIFA World Cup along with his teammates Tom Rogic, Mark Milligan, and Tim Cahill.