Mason Will John Greenhood is an English Professional Footballer who plays as a forward for Manchester United. He was with the club since his early age. He has made 38 appearances for the team and scored 11 goals in his professional career. He was the second-youngest player to represent the Red Devils in European League and has also represented England at the U15, U17, U18, and U21 National Team.

The 18-years-old has an incredible net worth of £80,000. Mason has dedicated his entire life to football and has been alongside the team since the age of six. Ole Gunnar Solskjaer sees a lot of promise in the young Greenhood. Manchester United has reportedly offered him a five-year contract which he signed at his eighteen's birthday.

The goalscorer in the last match against Watford was earning £800 weekly and now has been ultimately increased to £25,000 after signing the contract with Manchester United, according to the reports from The Sun. 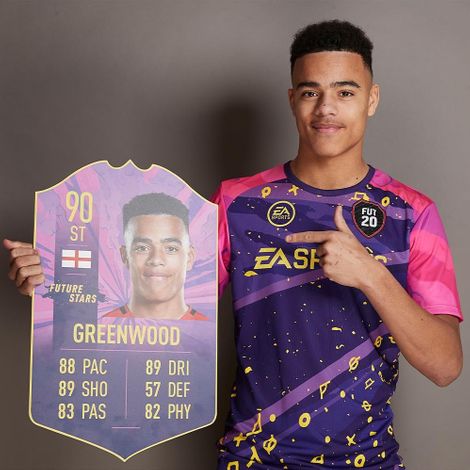 To add more to the clause, Greenhood wage will continue to grow by £10,000 every year if he continues his impressive game and scores more goals for the team.

Mason also receives sponsorship deals and endorsement deals from companies such as Nike that add a certain value to his net worth. However, a major league player will definitely have many more contracts and deals once he becomes a regular in the team.

Who is Mason Greenwood's Girlfriend?

The 5' 11'' confirmed that he is dating Harriet Robson in his Instagram post where he celebrated his 1-year anniversary with his girlfriend Harriet. They have been together for a year and enjoying each other company. They have always been a happy couple with no issues or controversies. They trust each other and are at a stage where they are blessed with happiness. Their relationship started off in the new year on 1 January 2019. 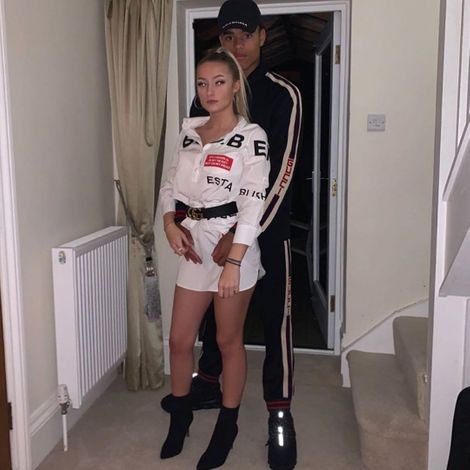 Mason's to-be-wife is an Instagram model and social media personality with more than 80,000 followers on her Instagram. She does modeling for several companies and brands like 11 Degrees Women, Boohoo etc.

The Manchester United attacker thanked his girlfriend on their one-year anniversary sharing the photo of the couple on January 1, 2020, and wrote:

"First-year together completed, what an amazing year it’s been with you. Thanks for being there for me every single day, I couldn’t ask for anyone better I love you #1yeartogether." 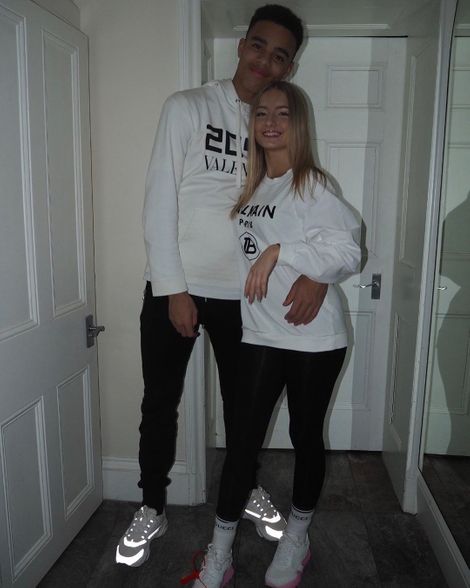 The No. 26 for the Red Devils is not shy when it comes to sharing posts on his Instagram. He shares beautiful pictures of them posing in different places. Though their journey has been less comparatively, they are deeply in love and have already been engaged to one another.

Greenhood joined Manchester United at the age of six and was playing at club development school in Halifax. He joined the team on 1 July 2018 and made his professional debut for the Red Devils on 6 March 2019.

After the junior tournament and national team, he was under the management of Ole Gunnar Solskjaer, he made his competitive debut as the 87th-minute substitute for Ashley Young against Paris Saint-German in the UEFA Champions League on 6 March 2019.

Recently on February 23, he scored the final goal for Manchester United in the 75-minute mark against Watford to beat them by a 3-0 Score alongside Bruno Fernandes and Anthony Martial.

The Forward for Manchester United has been making incredible progress and showing a lot of potential in his professional career and will develop his abilities even further to showcase his skills at his best for the audiences who love seeing him play and score goals.