Gurney Morris Snider, Jr., a.k.a. Marty Snider, is an American sportscaster who is currently working for NBC Sports. Known for his jovial nature on air, he has been critically acclaimed for his interviewing skills. Earlier, he served at CBS and Turner Sports.

High Point, NC native, Marty Snider, was born on July 15, 1969, under the star sign Cancer. The fifty-one years old holds an American nationality and belongs to the white ethnic background.

With an excellent sportscasting career with a renowned news station, Marty Snider has summoned tremendous wealth. As of 2020, his net worth is approximately $4 million. Currently working for NBC Sports, his annual salary is around $0.5 million.

Besides, Marty owns MSA (Marty Snider & Associates), which was launched in 1994. MS&A serves as a video production company for Fortune 500 companies worldwide and has ten full-time employees.

Marty is a married man. He tied the knot with his girlfriend, Andrea, whom he considers the most beautiful girl in the world. 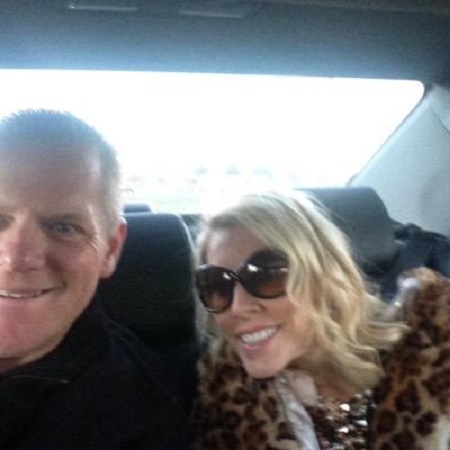 The couple shares three children. Among three, Myatt Snider (December 30, 1994) is a professional stock car racing driver who currently competes full-time in the NASCAR Xfinity Series, driving the No. 21 Chevrolet Camaro for Richard Childress Racing and the No. 93 Camaro for RSS Racing.

Snider was raised in High Point, NC, by his parents. There he was introduced to racing by his cousin and occasional Sprint Cup Series driver Jay Hedgecock at the tender age of 10. During his summers, he remembers spending time with Hedgecock, Jeff Burton, Kyle Petty, and Phil Parsons.

Snider said, "I would hang out in the garage, hand them wrenches, and generally get in the way. I remember hanging around from the time I was 10 to the time I was fifteen years old. I would follow those guys around to all the races I could – I think that's when I really fell in love with racing."

Snider is a graduate of the University of North Carolina, where he earned a degree in political science.

In 1994, Snider started his television career working as a sports reporter for NBC's affiliate in Greenville, S.C., and served as an associate producer for ESPN's NASCAR Today. Further, he co-produced HBO's Emmy Award-winning series, 24/7, featuring Jimmie Johnson as well as co-hosting The Morning Drive on Sirius XM's NASCAR channel. Also, he reported for NASCAR.com's NASCAR Insider, and The Preview Show delivered by FedEx Racing.

Snider has been credited with numerous awards throughout his broadcasting career including six network Emmy awards, and NASCAR.com's "Pit Reporter of the Year" in 2007.