If you love watching NBC Sports then, Kelenna Azubuike must not be a new name. Kelenna is a Nigerian-American former professional basketball player. After retiring from basketball, Azubuike started working as the  Golden State Warriors television color analyst on NBC Sports Bay Area. He spent his seven seasons with four different NBA clubs and played as a Shooting guard/ Small Forward.

Kelenna Azubuike was born on December 16, 1983, in London, England. He is among the four children born to Kenneth Azubuike and his wife, Chy Azubuike. Shortly after the birth of Kelenna, His parents moved to Tulsa, Oklahoma. He has three siblings Nonzo, Nesochi and Adaeze. The former player has become successful in keeping his personal life away from the media. Azubuike graduated from Victory Christian High School and got an athletic scholarship from The University of Kentucky.

Kelenna Azubuike's Net Worth And Earnings

Kelenna Azubuike has an estimated net worth of close to $5 Million. Unlike several other NBA players, Kelenna could not keep with the pace of the game. His injuries left him a lot behind with the games. The player listed his name in the NBA draft 2005 but could not make it to the team. In 2006, Houston Rockets signed him and paid $50,000 as his signing bonus. However, released soon. 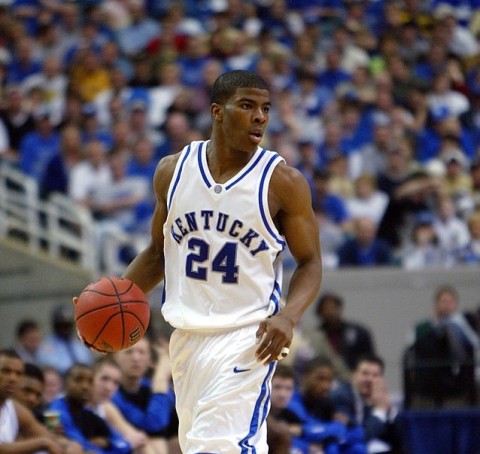 The Golden State Warriors signed him for four years worth $7 Million. In his first year, Kelenna took home $251,000. Then in the following years, he earned $2.9 Million and $3.3 Million. In the 2010/11 season, Kelenna signed with New York Knicks for $3.3 Million. In his last season, he played with Cleveland Cavaliers for $1 Million.

After retiring from Basketball, Azubuike started working with NBC Sports as their color commentator. The average salary of a commentator and sports analyst is more than $50,000.

Kelenna's relationship is a mystery to most of his followers. Although, He is active in every social media but is yet to post a single post that could lead us to his relationship status. The sports commentator could single, dating or a happily married man. He is living a happy life.

The professional basketball player was in the Class 4A State Championship Game as a senior. He was listed as the No. 8 small forward and the No. 34 players in 2002. After graduating from High School, Kelenna enrolled at the University of Kentucky, where he played for the University Basketball team. He started his professional career in 2006 with Golden State Warriors.

Kelenna had a good start to his career but missed most of the 2009/10 season with the Warriors after tearing his right patellar tendon. He was traded to the New York Knicks but could not make it to the playing 11. After spending time with the Knicks, he moved to the Cleveland Cavaliers, where he announced his retirement in 2012. After retiring, He remained out of business for a while and then started working as a studio analyst for the NBC Sports Bay Area.